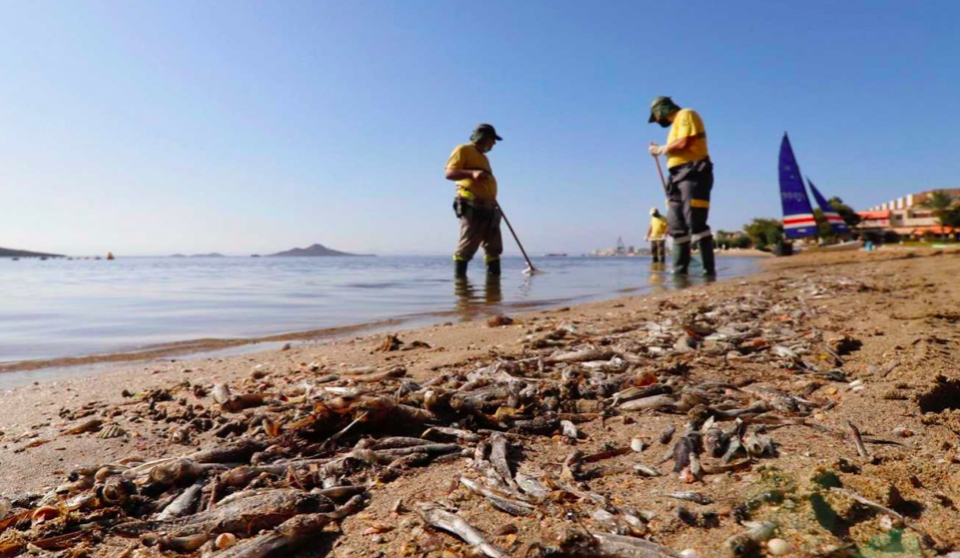 Spain has granted ‘personhood status’ to the Mar Menor salt-water lagoon on the coast of Murcia, in an effort to give its threatened ecosystem better protection. It is the first time such a measure has been adopted in Europe.

Regarded as one of Europe’s largest salt-water lagoons, Mar Menor has suffered massive die-offs of marine life as it degrades due to coastal development and local farming.

In August 2021, millions of dead fish and crustaceans began washing up on the shores of the lagoon, which experts blamed on agricultural pollution and the run-off of fertilisers from nearby farms.

They argued that sealife died due to a lack of oxygen caused by hundreds of tonnes of fertiliser nitrates leaking into the waters, causing a phenomenon known as eutrophication which collapses aquatic ecosystems.

The new law came after a citizen-led push to provide better protection for the lagoon, with the initiative backed by more than 600,000 citizens.

It becomes law after Spain’s Senate in Madrid voted in favour of the proposal to grant the lagoon the status of personhood. The law codifies the lagoon’s right ‘to exist as an ecosystem and to evolve naturally’ and recognises its right to protection, conservation and restoration. In 2017, New Zealand passed a groundbreaking law granting personhood status to the Whanganui River.

‘The Mar Menor becomes the first European ecosystem with its own rights,’ the president of the Senate, Ander Gil, tweeted after the vote. Only Spain’s far-right party, Vox, voted against it.

The lagoon will now be legally represented by a group of caretakers made up of local officials, scientists who work in the area, and local residents.

Ecologists in October 2021 had submitted a formal complaint to the EU over what they called Spain’s ‘continued failure’ to protect the Mar Menor, which they warned was on the brink of ‘ecological collapse’.

The World Wildlife Fund has called the Mar Menor Europe’s largest salt-water lagoon. It is home to several species of fish, seahorses and the endangered European eel. The lagoon, which covers 135 sq km, is separated from the open sea by a thin strip of land 22 km long that is a popular vacation spot dotted with hotels.