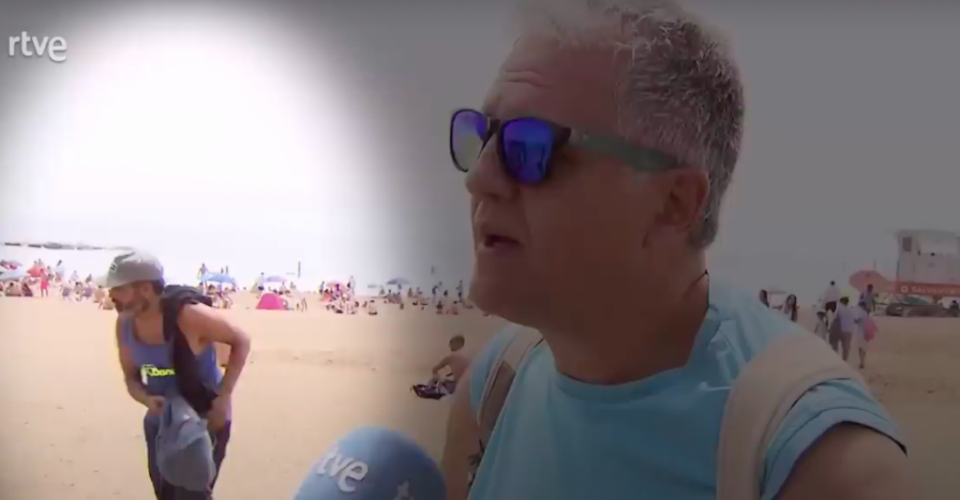 The thief who was caught stealing an unattended bag during a live TV broadcast by RTVE on a beach in Barcelona – has since been caught by the police.

The crime was captured in real-time [see video below] while a tourist was being interviewed by Spain’s national broadcaster, and who was praising Barcelona’s ‘beautiful beach and clean, cold water’. Meanwhile the thief could be seen entering the shot in the background, before casually picking up the unattended backpack and walking off with it. Soon afterwards, the owner of the bag appears and starts searching for his property, calling for help.

Police were able to track down the criminal and bring him to justice, thanks to the live video which was posted online.

‘Thanks to a video published … on social media and the victim’s complaint, today we identified and charged the perpetrator of a theft on Sant Miquel beach,’ Barcelona’s Guàrdia Urbana police force said on on Sunday. The stolen possessions were returned to their owner.

This bag-snatching incident is sadly not unusual in Barcelona. The city has become a street crime hotspot, with approximately 225 thefts reported every day between January and the end of May 2022. 27 instances of violent theft were recorded in the same period.