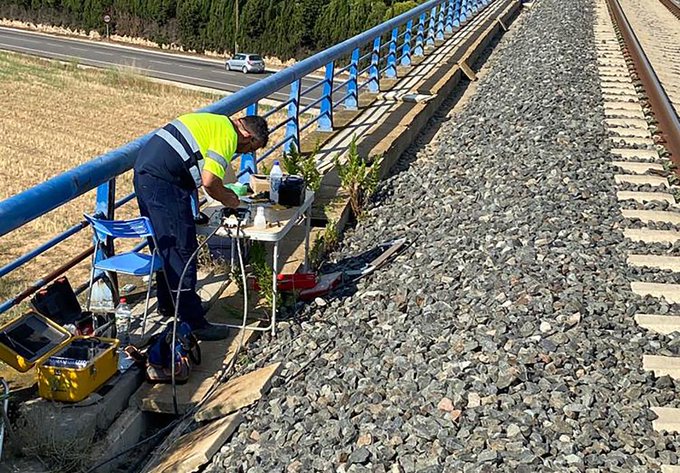 Hundreds of rail passengers using the high-speed rail line between Madrid and Barcelona were left stranded for hours during Monday morning, after around 600 metres of fibre optic cable used in the signalling system were stolen, Spain’s railway infrastructure company ADIF said. At least 15 train departures were cancelled.

The overnight theft in the Catalonia region forced the suspension of the AVE train service linking Spain’s two biggest cities, as many people headed off for their summer vacation.

Passengers crowded the concourse and platforms at Madrid’s Atocha and Barcelona Sants stations before trains began running again in the late morning, after being halted for five hours.

The Catalan police, the Mossos d’Esquadra, said one person had been arrested for stealing around 600 metres of cable. They arrested a 19-year-old man in the town of Santa Oliva, in the Baix Penedès county, south of Barcelona, but have not ruled out further arrests. The theft reportedly took place from the rail line’s infrastructure between Arboç and Figueres in Catalonia.

Technicians travelled to different points of the route and detected several cuts in the fibre optic cables on the two tracks. ADIF ‘strongly’ condemned the act of vandalism.