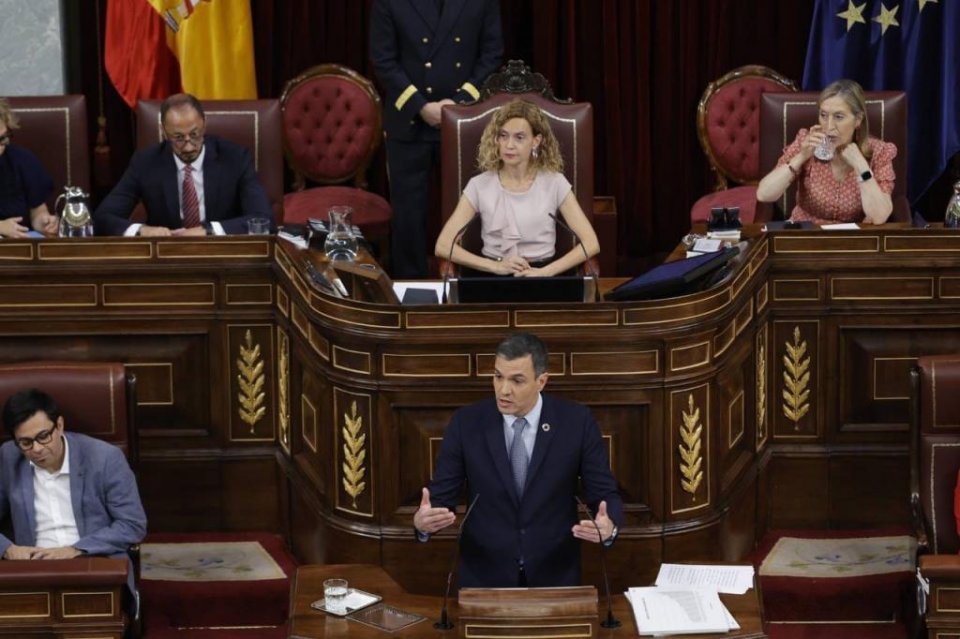 ALSO READ: Many train journeys in Spain will be free from September until end of year.

Spain is to hit energy firms and banks with temporary windfall taxes that should rake in 7 billion euros during 2023-2024, in order to cover the cost of measures put in place to help Spaniards grapple with soaring inflation, Prime Minister Pedro Sánchez announced on Tuesday during a ‘state of the nation’ speech in Congress.

Banco Sabadell fell as much as 12%, while Bankinter and CaixaBank were down around 10% following the announcement, dragging down the Spanish IBEX 35 bluechip index.

Shares in utilities Iberdrola and Naturgy were down between 0.4% and 0.7%. The government had already said it was going to tax power firms.

Sánchez told parliament that annual revenue in 2023 and 2024 from a tax on extraordinary profits of power utilities made this year and next should reach 2 billion euros a year, while the surprise tax on financial institutions would bring in 1.5 billion euros a year.

Sánchez said the government would impose the tax on ‘big banks as they were already starting to benefit from (expected) interest rate rises’.

Sánchez said inflation, caused to a large extent by the Russian invasion of Ukraine, was the biggest challenge for Spain, likening it to ‘a serious illness of our economy that impoverishes everyone, especially the most vulnerable groups’. Spain’s 12-month inflation rate rose to 10.2% in June, the first time it has surpassed 10% since April 1985.

The profits generated by rising prices ‘must be returned to citizens’ instead of ‘fattening’ the ‘salaries of big business leaders’, Sánchez said.

‘This government will not tolerate that companies profit from the crisis to enrich themselves,’ he added.

Sánchez also announced 100 euros a month in complementary scholarships for students older than 16 years who already receive scholarships, and free multiple-trip tickets for suburban and medium-distance trains between September and end-December.

He also gave the green light to a major real state development plan which plans to build 12,000 housing units in Madrid.

Inflation is caused by the idiotic monetary policies of the EU during Covid and now with sanctions against Russia. Let’s have it correct