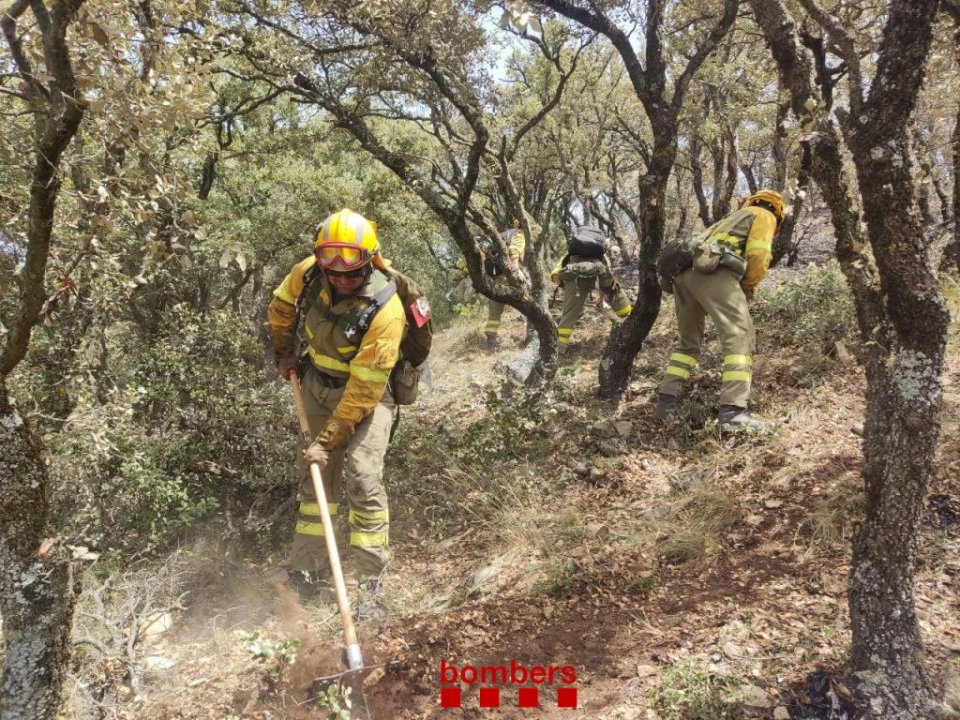 After Spain experienced its earliest major heatwave in more than four decades, according to the country’s meteorological agency AEMET, temperatures in the hottest areas of the country finally dropped below 40C on Sunday – but several wildfires continue.

In Zaragoza, temperatures were 36 degrees on Monday, down from up to 42C on Saturday. The extreme heat also eased on the island of Mallorca, but forest fires that had broken out there a few days earlier continued to burn.

Firefighters were still also battling five active wildfires in the northern region of Navarra, according to the regional government, which said the situation was ‘very critical’, as winds were making the fires unpredictable.

The worst fire in the Sierra de la Culebra of Castilla y León also continues to burn, with firefighters working to extinguish the flames that have now ravaged more than 20,000 hectares, according to the regional government.

Residents of some 20 villages who had been evacuated from their homes were allowed to return home Sunday morning due to the improved situation, local officials said.

According to the regional government in Catalonia, most forest fires have now been extinguished or brought under control. Over the weekend emergency services had been struggling to contain more than 30 fires.

On Friday the World Meteorological Organization (WMO) had tweeted a warning that all of Spain faced ‘extreme fire risk’ due to the heat and drought.

‘What we’re witnessing is unfortunately a foretaste of the future,’ Clare Nullis, a spokeswoman for the WMO, told The Independent over the weekend as she warned that early heat waves were being propelled by climate change.

A spokesperson for Spain’s AEMET, Rubén del Campo, also said that the country would see more and longer heatwaves in the future due to climate change.

Last year, an all-time record of 47.4 C was recorded in Montoro, Andalusia, in August.

In an interview with La Vanguardia, del Campo said that the 50-degree mark would definitely be reached at some point.

Europe’s heatwave also struck France and a warning was issued in Britain by the Health Security Agency as the country recorded its hottest day of the year.