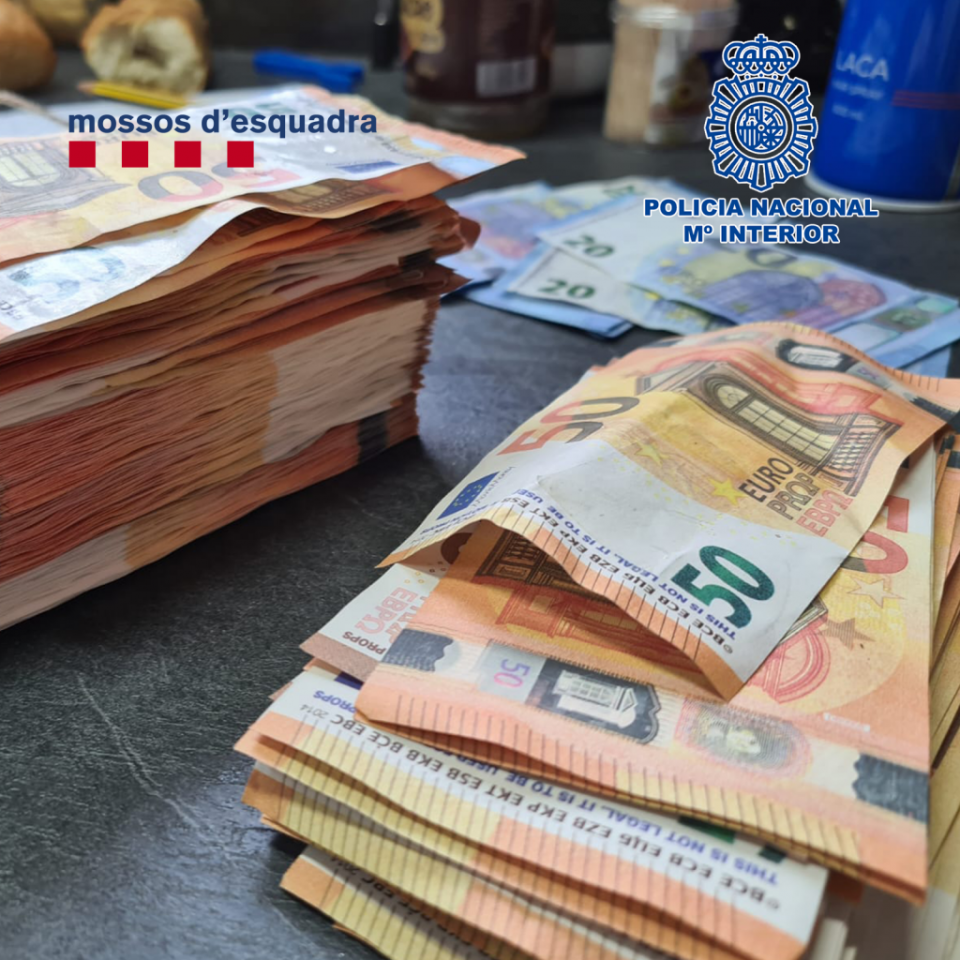 Officers from both the Spanish National Police and the Catalan police (the Mossos d’Esquadra), have dismantled a criminal group that allegedly sold counterfeit €20 and €50 banknotes online.

Six arrests have been made, among whom are the main distributors and dealers, and two raids have been carried out, in Tarragona and Cádiz.

A police statement said that the banknotes were sold through ‘a well-known Internet platform’, and once paid, they were ‘sent by parcel along with the corresponding holographic bands that the buyer himself had to stick to the note’.

Counterfeits worth €13,900, numerous holographic bands and different tools to manipulate the banknotes were seized, the police said.

The joint investigation began in mid-June 2021 after a large number of counterfeit €20 and €50 banknotes were detected in circulation with common counterfeit elements.

The police were able to verify that the banknotes were sold through ‘a well-known platform for buying items on the Internet’ and had ‘very specific characteristics’. The counterfeit notes were not sent complete but, once the payment was made, the corresponding holograms were sent through parcel companies. The buyers themselves had to stick the holograms to the banknotes and apply different products to them so that they looked genuine.

The main supplier lived in the town of Chiclana de la Frontera in the province of Cádiz (Andalusia) and one of its largest distributors was located in Roda de Berà in the province of Tarragona (Catalonia). Once the counterfeit bills were received, the latter distributed them to dealers, who finally used them for purchases in shops in Barcelona and Tarragona.

During the investigation, the police intercepted a postal shipment containing €1,750 in fake €20 and €50 banknotes addressed to buyers in Mieres (Asturias), who were arrested.

In the search carried out in a home in Roda de Berà, €12,150 was seized in counterfeit €20 and €50 notes. The police also found there numerous holographic bands and different tools for manipulating the bills. Finally, the police arrested the main distributor in Chiclana de la Frontera on charges of acquiring and distributing counterfeit notes.