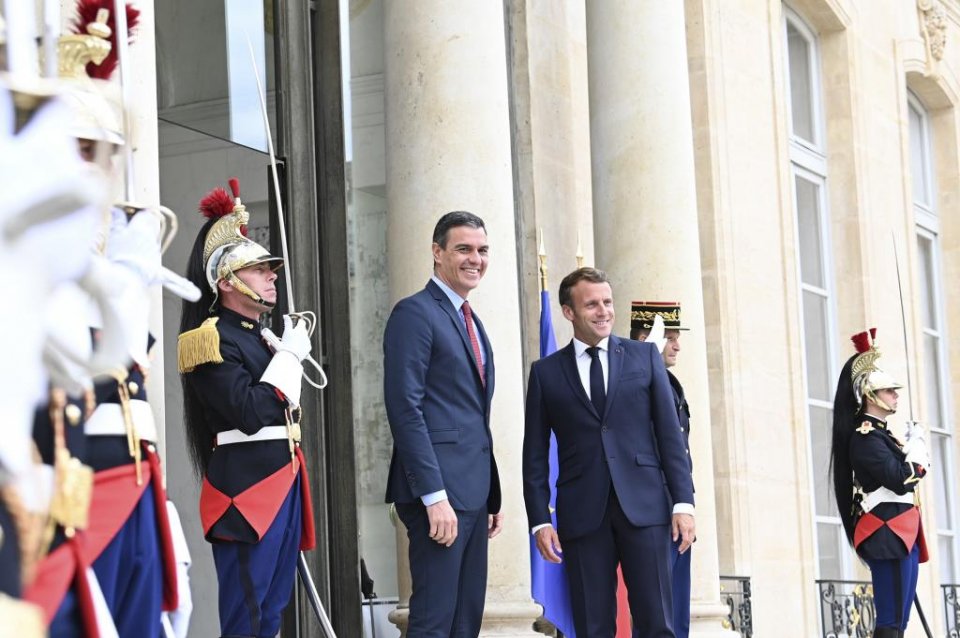 Emmanuel Macron’s victory on Sunday in the French Presidential Election has been warmly welcomed by EU leaders after a campaign that the pro-European centrist president himself had described in its final days as a ‘battle for Europe’ against the Eurosceptic and far-right’s Marine Le Pen.

The European Council president Charles Michel tweeted: ‘Bravo Emmanuel. In this turbulent period, we need a solid Europe and a France totally committed to a more sovereign and more strategic European Union.’

The European Commission president, Ursula von der Leyen, said: ‘I am delighted to be able to continue our excellent cooperation.’

The German chancellor, Olaf Scholz, said French voters had delivered ‘a strong message in favour of Europe’. Macron’s first foreign trip as president is also expected to be to Berlin to see Scholz.

Macron has vowed to unite a divided France after winning a second term as French president in a decisive victory against Le Pen, who nonetheless won more than 13 million votes in a historic high for her anti-immigration party.

Addressing a victory rally at the foot of the Eiffel Tower, with his supporters waving French and European flags, Macron promised to respond ‘efficiently’ to the ‘anger and disagreement’ of voters who chose the far right.

‘I know that a number of French people have voted for me today, not to support my ideas but to stop the ideas of the far right,’ he said, calling upon supporters to be ‘kind and respectful’ to others, because the country was riven by ‘so much doubt, so much division’. He added: ‘I’m not the candidate of one camp any more, but the president of all of us.’

Macron beat Le Pen with a lower margin than the 66% he won against her in 2017. Turnout was also lower than five years ago, with abstention estimated at a record 28%.

Le Pen had succeeded in giving the far right its biggest-ever result in a French presidential election, after campaigning on the cost of living crisis, promising a ban on the Muslim headscarf in public places, as well as nationalist measures to give priority to native-French people over others for jobs, housing, benefits and healthcare. Macron had criticised her policies as ‘racist’ and ‘divisive’. Le Pen called her score ‘a shining victory in itself’, adding: ‘The ideas we represent are reaching new heights.’

Macron also accused Le Pen of being financially ‘dependent’ on Vladimir Putin’s Russia after she took out a Russian loan for her party in 2014. He said her ties to the Kremlin meant she would have been a dangerous choice at the time of war in Ukraine. Le Pen, in turn, had said that ‘fear was the only argument he had left’.

‘If the French put their trust in me on 24 April, I know full well … that there will be a part of the people who voted for me who would have done it to block the Front National,’ he said in a TV interview during the campaign, deliberately using the former name for Le Pen’s party, now renamed the National Rally. ‘And so it won’t mean they have given me a blank cheque and that they support and find brilliant every point of my programme.’

A significant number of the 7.7 million first-round voters for the radical left’s Jean-Luc Mélenchon, who narrowly missed reaching the final, had said they felt torn over abstaining or voting to keep out Le Pen.