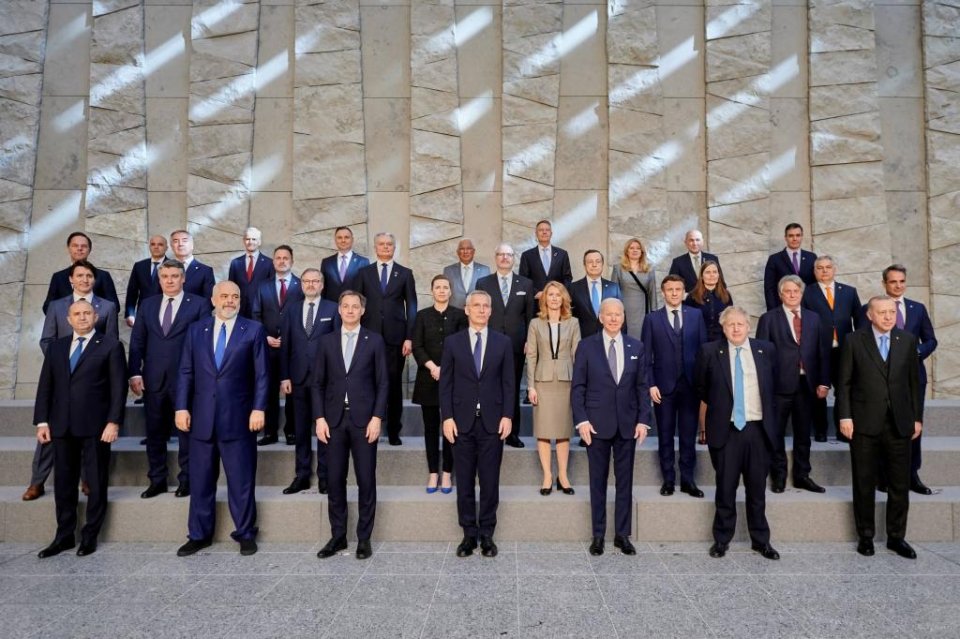 US President Joe Biden and world leaders held a trio of emergency summits on Thursday, that started with a sober warning from NATO Secretary-General Jens Stoltenberg that the alliance must boost its defences to counter the Russian invasion of Ukraine and ‘respond to a new security reality in Europe’. The meetings were held a month after the Russian invasion began on 24 February.

Stoltenberg commented as he called to order a NATO summit focused on increasing pressure on Russian President Vladimir Putin over the assault on Ukraine, whilst tending to the economic and security fallout spreading across Europe and the world.

‘We gather at a critical time for our security,’ Stoltenberg said, addressing the leaders seated at a large round table. ‘We are united in condemning the Kremlin’s unprovoked aggression and in our support for Ukraine’s sovereignty and territorial integrity.’

He said the alliance is ‘determined to continue to impose costs on Russia to bring about the end of this brutal war’.

Over the course of Thursday, the European diplomatic capital of Brussels hosted the emergency NATO summit, a gathering of the G7 industrialised nations, as well as a European Union summit. Biden attended all three meetings.

Zelenskky, addressing the NATO gathering by video from Kyiv, called for ‘military assistance without limitations’ as Russia is ‘without limits using its entire arsenal’. He specifically asked for anti-air and anti-ship weapons. And although Zelenskyy thanked Western nations for support they already have provided, his frustration was clear.

He urged NATO to provide Ukraine with ‘1% of all your planes, 1% of all your tanks’. ‘We can’t just buy those,’ Zelenskyy said. ‘When we will have all this, it will give us, just like you, 100% security.’

‘We are committed to identifying additional equipment, including air defense systems, to help Ukraine,” Biden said in a written statement after the NATO meeting.

The White House also announced that the US will welcome 100,000 Ukrainian refugees and provide an additional $1 billion in food, medicine, water and other supplies.