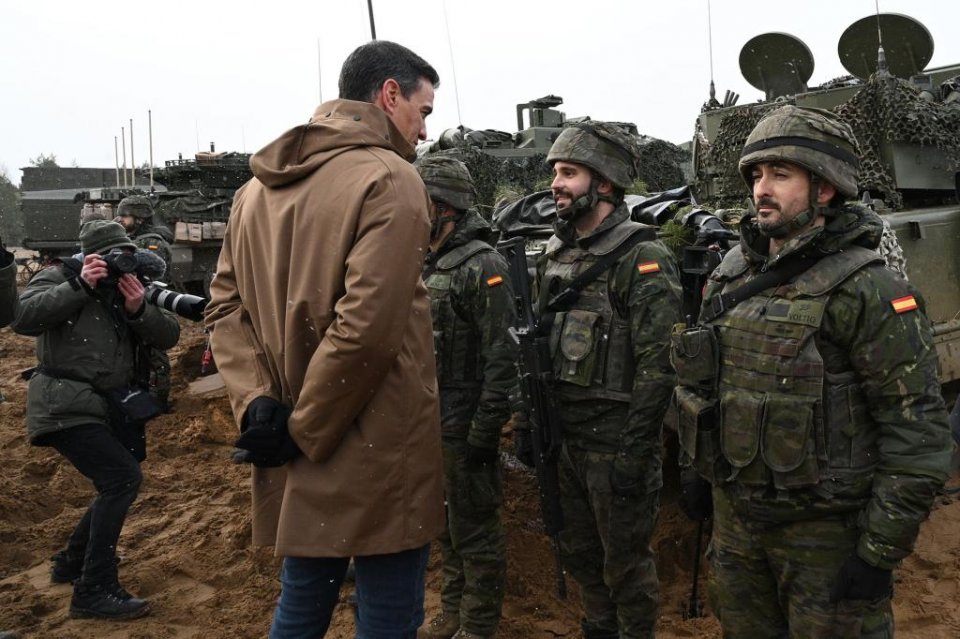 The Spanish government said on Friday that it would be sending a new shipment of weapons to Ukraine in light of the on-going war following the Russian invasion, but without giving further details about the next shipment, following an initial dispatch last week of grenade launchers, machine guns and ammunition.

Spanish Foreign Minister José Manuel Albares refused to give specifics when asked about the nature of the new shipment to Kyiv. He did, however, insist that it was ‘to help Ukraine and its army defend its independence, its sovereignty and above all to protect defenceless civilians’.

‘If we really want to help Ukraine … the less we speak about weapons, what type and where they’re coming from, the better,’ he told Spain’s TVE public television.

Defence Minister Margarita Robles had also said late on Thursday that Spain would be sending a second delivery ‘in the coming days’.

‘We have already sent a first consignment and depending on how circumstances evolve, we will send another in the next few days with one aim: so Ukraine’s citizens can protect and legitimately defend themselves against this terrible invasion by Russia,’ she told the Telecinco TV channel.

Robles later said that the hardware, which was delivered by plane to the border between Ukraine and Poland, comprised 1,370 grenade launchers, 700,000 rounds of ammunition and an unspecified number of light machine guns.

Chief EU diplomat Josep Borrell suggested on Friday that the bloc could double its funding for military aid to Ukraine, raising it to 1 billion euros to help it battle Russia’s invasion.

Russia’s military incursion into Ukraine, now in its third week, has seen Western countries sharply increase supplies of military aid to their pro-Western ally. But Russia’s Foreign Minister Sergei Lavrov has denounced the European Union and other countries for acting ‘dangerously’ in supplying arms to Ukraine.