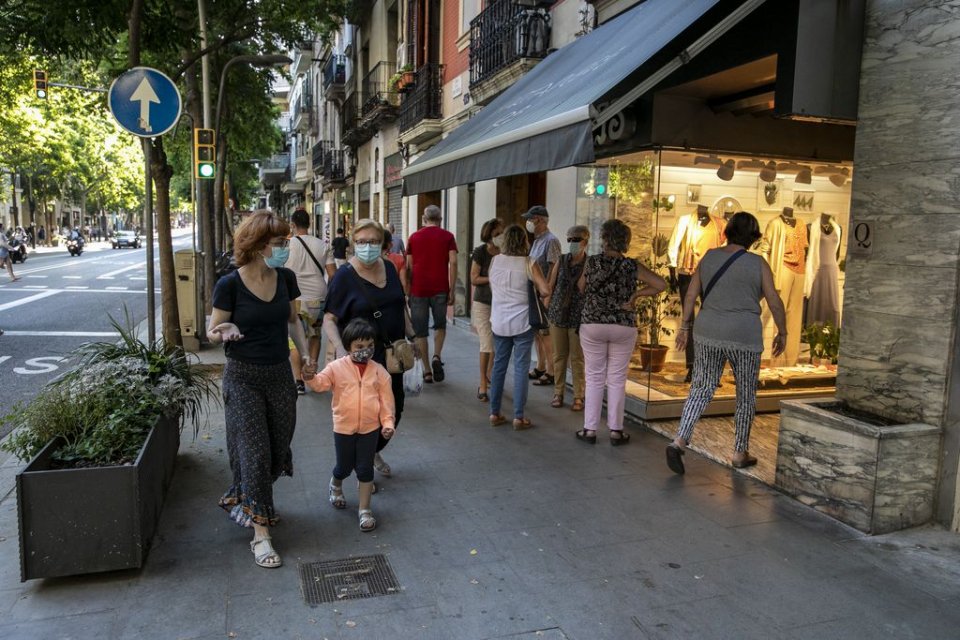 Spain’s economy continued to bounce back in the final quarter of 2021, as data released on Friday by the National Statistics Institute (INE) confirmed that GDP increased by 2%, beating economists’ predictions of an increase of 1.4%.

In annual terms, GDP grew 5% from a historic 10.8% slump in 2020, preliminary data from the INE also showed. That marked the fastest growth since 2000 but missed the government’s 6.5% target.

The encouraging growth for Spain contrasts with the data for France, where GDP increased by 1.7% for the last quarter, and with Germany, which is expected to announce a contraction for the same period.

The growth in Spain has largely been attributed to a jump in investment and strong export demand, as well as a 19.4% leap in the hospitality sector.

Spain’s rebound has also been helped by its ability to keep the economy open with fewer restrictions than other European countries in the final quarter, when the Omicron Covid wave hit. Spain’s high vaccination rates were key to this and helped with supporting employment and job creation, as the levels of unemployment continue to fall (see below).

The growth in GDP, however, still puts the country’s economy at a level below than experienced at the start of the pandemic. At the end of the fourth quarter in 2021, the economy was still 4% below pre-pandemic levels.

Speaking about the data, Maeva Cousin, an economist at Bloomberg Economics, said that, ‘Spain’s economy continued to expand rapidly in 4Q, probably outpacing the rest of the euro area amid strong demand for its exports and increased investment.’

Highlighting the challenges that remain ahead for the economy, she went on to say that ‘we expect the rapid spread of Omicron to slow progress in 1Q, adding a new hurdle to Spain’s arduous journey back to full recovery’.

The data for the fourth quarter revealed that investments grew by 8.5% and exports by 6.5%.

Private consumption, however, decreased by 1.2% and consumer spending is likely to continue to be hit, as inflation across Europe hits record highs, largely due to the recent significant jump in energy prices.

Unemployment rate at lowest level since 2008

Unemployment also dropped sharply in Spain during 2021, falling almost 3% to a level not seen since before the Covid pandemic and the 2008 financial crisis, the INE said on Thursday.

The rate fell to 13.3% at the end of December, down from 16.13% a year earlier, with a total of 3.1 million people still registered as unemployed in the eurozone’s fourth-largest economy. At the end of 2020, however, the figure was nearly 3.7 million.

The latest figures do not, however, include people registered as partially unemployed under Spain’s furlough scheme introduced to help companies during the pandemic. As of last month, 102,000 people were still registered on the scheme, the social security ministry said.

The INE said job rates were up across all sectors, yet with the tourism-dependent services sector proving particularly buoyant.