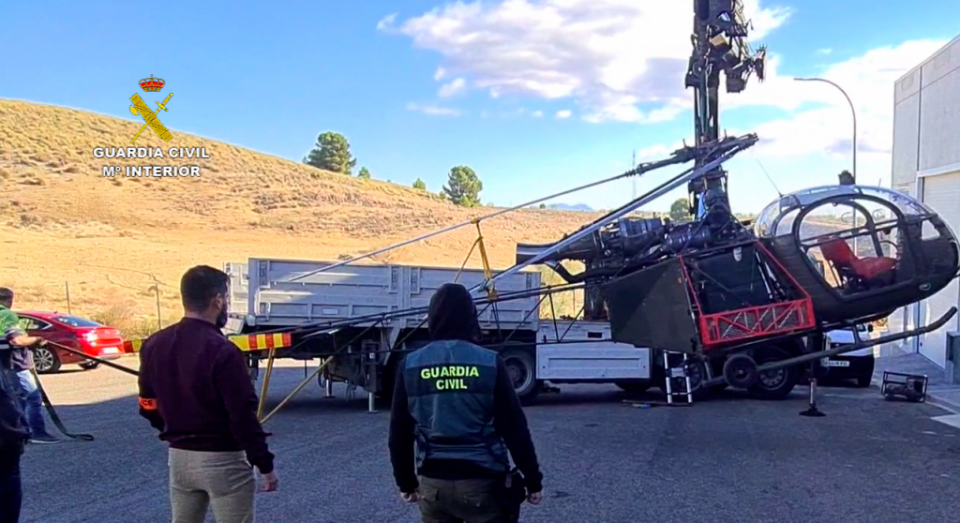 Spain’s Guardia Civil has dismantled a drug-trafficking ring that allegedly brought hashish and marijuana from Morocco to southern Spain by helicopter, before transporting it to France by road.

In a statement, the Guardia Civil said that it had seized 2.65 tons of hashish and 112 kg of marijuana in the operation, as well as three helicopters, guns and ammunition.

The police arrested 11 people and a further nine are being sought in France, the statement said.

After being flown by helicopter from Morocco to Spain – about 15 km apart at the nearest point – the drugs were concealed in trucks and a tour bus with fake number plates for the journey north towards France.

Police believe the revenue from the drug sales was laundered through front companies.

It is the latest in a series of similar police interceptions of smuggling rings between Spain and Morocco.

In December 2021, the Guardia Civil also apprehended a Moroccan mobster who was smuggling cannabis resin and cocaine, according to Spanish media.

After a two-year investigation, the police arrested the alleged smuggler, believed to be the head of an international trafficking network. The suspect was detained alongside 16 members of the ring operating in Gibraltar. The police believe the man had plans to expand his operations to include South America.