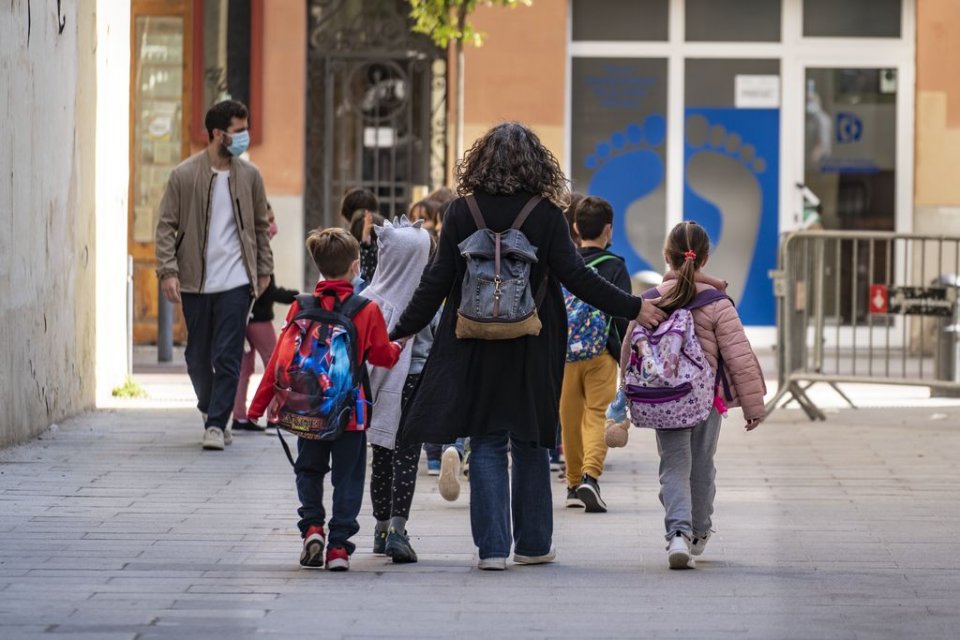 Spain’s Education Minister Pilar Alegría has sent a message of calm for families following an agreement reached on Tuesday that all schools and universities would be re-opening with 100% face-to-face tuition from next week. ‘Yes to prudence, but no to scaremongering,’ she said, adding that during the pandemic in Spain, schools have ‘not exported cases, but have imported them from other environments’.

The agreement was reached between the central government and regional authorities that the forthcoming new school term would start as normal again from 10 January, despite the current levels of Covid infections across Spain. Figures on Friday showed that there had been 1,289,952 cases detected in the past 14 days, with the incidence rate now at 2,722.

Spain’s new Minister of Universities, Joan Subirats – participating in his first press briefing in the role – said: ‘We need to avoid the sensation of constant change in the health situation, generate certainty and a feeling of protection. I’m aware of this because this last semester I have seen it myself. Universities are ready to deal with this issue.’ The Catalan politician had been teaching a course at the Barcelona Autonomous University last year after leaving the Barcelona City Council.

The Spanish Health Minister Carolina Darias said that finding consensus ‘has not been easy, but it has been possible’. Madrid had recently suggested possible home schooling for older students, due to the high incidence rates of Covid for that age group. Murcia had proposed similar plans, but both regions finally agreed that the new term should start normally.

Teachers’ unions and parents’ associations had also been calling for a return to face-to-face tuition, with some threatening protests should schools not re-open.

After Spain’s initial lockdown and the closure of schools in March 2020, the new term then began normally in September 2020. Since then, however, there have been a number of classrooms quarantined, as well as some schools temporarily closed due to Covid outbreaks. Many universities have combined online tuition with face-to-face.

From next week, classes in elementary schools will still have to be fully quarantined if five or more positive Coronavirus cases are detected. Face masks will also continue to be obligatory for all students aged six and over.

As for universities and high schools, entire classes will not be sent home to isolate if positive cases are detected, due to the fact that the majority of students in theses groups are vaccinated, meaning quarantine is not necessary under current protocols.

Vaccination figures on Friday showed that of the total population aged between 5 and 11 years in Spain (3,349,276 children), 1,076,522 had received a first dose of the Pfizer Pediátrica vaccine, representing 32.1%. According to Spanish government forecasts, over 90% of children aged between 5-11 will have received at least a first dose of the vaccine by the end of January. Figures on Friday also showed that 90.9% of those aged between 12-19 in Spain had received a first jab; 86.8% were fully vaccinated.

Updated Covid rules for travelling to England from Spain