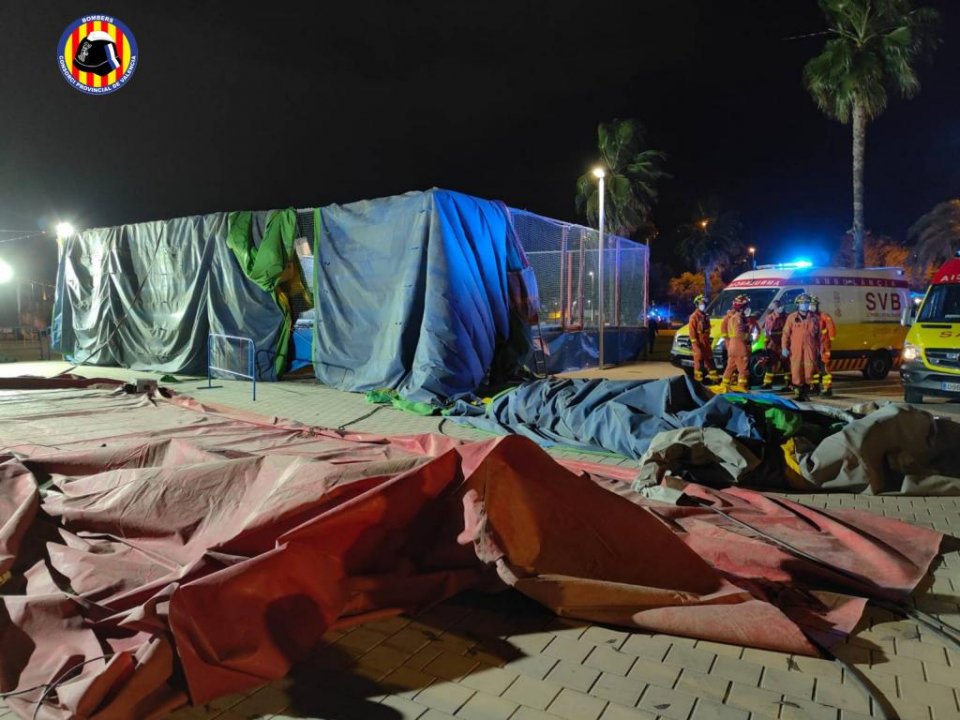 A four-year-old girl has died following the bouncy castle tragedy last week in the Valencia region, the second child to die after a gust of wind blew away the structure, local officials said on Monday.

Nine children had been taken to hospital, two of them in a serious condition, after they fell from the inflatable bouncy castle on Tuesday 4 January in Mislata on the outskirts of Valencia. An eight-year-old girl died from her injuries the day after the fairground accident.

Emergency services had been called to the fairgrounds in Mislata on Tuesday evening after horrified witnesses had watched as the inflatable structure became airborne, throwing several children on to the ground.

Valencia firefighters had later shared photos on social media, showing parts of the deflated castle, adding that a search had been carried out to ensure that no children were trapped in the structure.

‘We regret the death of the second girl who was in hospital in serious condition following the accident,’ Mislata Town Council said in a statement on Monday.

The town had declared three days of official mourning and cancelled all official events until noon last Wednesday in the wake of the girl’s death.

Mislata mayor Carlos Bielsa tweeted: ‘Despite the extraordinary efforts made by health personnel, the second girl injured at the fair has died – terrible news. All my support to the parents and relatives. Mislata will always be united in the face of pain.’

Police have opened an investigation to determine if the bouncy castle complied with safety rules.

Last month, six children died on Australia’s island state of Tasmania after a gust of wind lifted a large inflatable castle off the ground at an end-of-term school party.