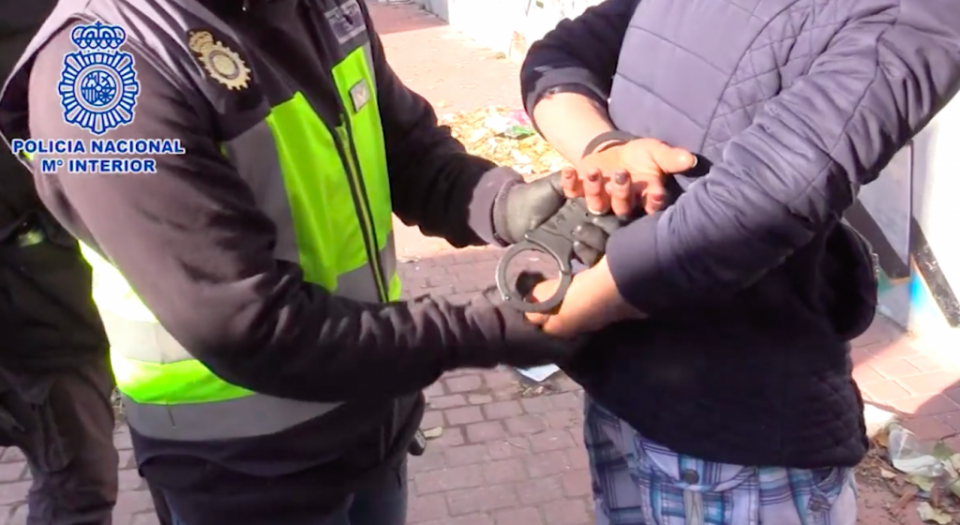 The Spanish National Police arrested 37 people in Madrid on Tuesday for allegedly sexually exploiting minors and drug trafficking. 10 victims – all minors aged between 14-16 – were released from a criminal network of prostitution-related activities.

Those arrested were nationals from Spain, the Dominican Republic, Nigeria, Romania, Cuba and Morocco. In addition to prostituting the young women in exchange for money or drugs, the police say the suspects also used them for the sale of narcotic substances.

In the searches carried out, the police agents located a den alleged to be where those arrested sexually exploited the minors, and where drugs, computer equipment, a firearm, machetes and money were also found.

The investigation began last April when the police learned that a minor was regularly running away from her place of residence and that during her absences she had sexual relations with people of legal age in exchange for money or drugs.

Investigators discovered that other minors, with whom she shared a place of residence, were in the same situation. The suspects contacted them through social media, gaining their trust and later used them to offer sexual services to clients to whom they supplied drugs.

In some cases, they were forced to distribute the drugs themselves on scooters and, after delivery, were sexually assaulted by the users themselves. On other occasions, the detainees transferred them to an industrial estate where they offered buyers of the drug to have sex with them.

The police investigation has also revealed that one victim was imprisoned for three days in a room where a female suspect managed a drug store. They found that the suspect asked clients if they wanted to have sex with the minor locked in the room. The victim managed to escape and ask for help.

Other victims were forced to have sex in the basement of a hairdresser’s salon on Monte Igueldo street, in Madrid’s Puente de Vallecas district. Police found a camera and chairs similar to those used in the salon, covered with purple sheets; the camera was being examined for pornographic footage of the victims.

One member of the group, a 52-year-old Moroccan national, was jailed in September for a murder committed on that same street. Another individual allegedly involved in the ring’s activities is Saymol Fyly, a rapper with 154,000 subscribers to his YouTube channel. The raid involved 150 police officers.

The 37 were arrested for the alleged crimes of sexual assault, prostitution of minors, possession of child pornography, illegal detention and crime against public health. Eight of the suspects are currently in prison.

A video of the police raids and arrests can be seen via the tweet below: