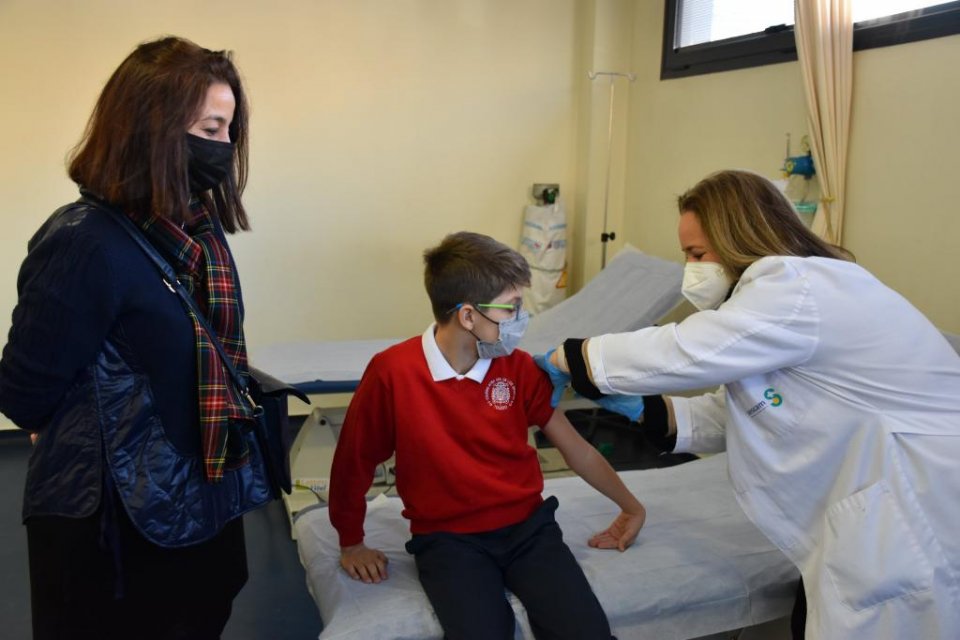 Spain, alongside several other European nations, started vaccinating children aged 5-11 against Covid-19 on Wednesday, in an effort to contain the latest wave of the pandemic and keep schools open.

Germany, Greece and Hungary joined Spain in administering jabs to younger children this week, with doctors reporting strong initial demand from parents amid concerns about the fast-spreading Omicron variant. Austria had already been inoculating children in the 5-11 age group since the European Medicines Agency (EMA) recommended in late November granting an extension for the use of the vaccine developed by BioNTech and Pfizer to include children in that age range.

A number of other EU countries will launch similar vaccination drives in the coming days, including Italy, Portugal, Poland, the Baltic states and the Czech Republic, while others are still finalising their plans.

In France, vaccination has only been approved for 5-11 year olds at risk of developing serious illness, but the government has said it is considering extending it to all children on a voluntary basis.

Spain, which currently has one of Europe’s highest Covid-19 vaccination rates (511 according to Friday’s figures), said it was launching its immunisation campaign for 5-11 year olds with the goal of breaking the chain of infection ‘in family settings, schools and the community, contributing to the protection of the most-vulnerable’. The country has approximately 3.3 million children within the 5-11 age group. Also according to Friday’s figures the incidence rate for all children aged under 11 was at 705.

A survey published by Appinio found that 74% of Spanish parents of 5-11 year olds wanted to get their kids jabbed.

Hoping to spur take-up, the Spanish government has also released a television commercial showing kids getting the shot so they can ‘help end the virus and protect the elderly’.

The EMA stipulated that for children aged from 5 to 11, the dose would be lower than that used in people aged 12 and above. As with the older age groups, however, two injections are to be given, with the second jab being administered eight weeks after the first. The aim is to increase the immune response and to have all children aged 5-11 inoculated in a short space of time with at least one dose.

The vaccine from Pfizer-BioNTech, known as Comirnaty, comes in a paediatric vial with an orange cap to distinguish it from the purple-capped vials for older ages. Children can be vaccinated with the authorisation of just one parent. In the event of disagreement, the case will be sent to court.

British authorities are still assessing whether to approve jabs for the 5-11 age group, with a decision likely before Christmas. The United States began vaccinating children at the start of November, and nearly 20% of children aged 5-11 have already received a dose.