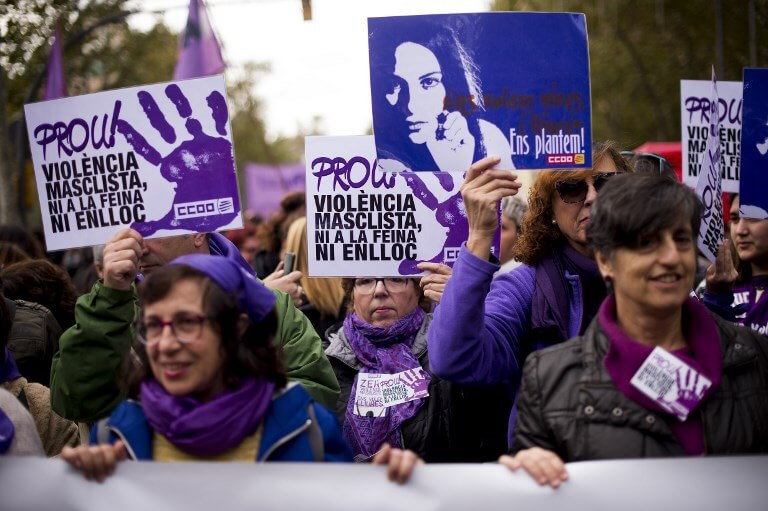 A man was arrested in Barcelona this week for alleged domestic abuse, after a woman made an international hand signal for help in a waiting room at a medical centre in the Sarrià-Sant Gervasi district of the city.

The woman opened her hand, stretched out her fingers – with the palm facing outwards – hid her thumb inside the palm and folded the other four fingers over the thumb, making it into a fist.

The hand gesture was devised last year in the middle of the Covid-19 pandemic. A Canadian foundation promoted it so that it could be used by victims of male violence who were forced to live with their aggressor during lockdown, and who were seeking help. Since then it has spread and has now been used to free victims from abduction.

The gesture gained notoriety recently because police in Kentucky, USA, were able to free a 16 year old girl who had been kidnapped thanks to the signal. A driver called the police to report that he had seen a girl inside a vehicle making the hand gesture and he had identified the sign because he remembered that TikTok had explained that it was used to report domestic violence. The man said the teenager ‘appeared to be in danger’. After the tip-off, US police officers were able to stop the vehicle and found that the girl’s parents had reported her missing. Many police forces have since posted details of the hand gesture, as below:

Isolation can increase the risk of violence at home. Use this discrete gesture during a video call to show you need help:

1. Hold hand up with palm facing other person.
2. Tuck thumb into palm.
3. Fold fingers down over thumb. pic.twitter.com/gsIgSbXOmc

It is the first time that the gesture has led to an arrest in Spain. A worker at the medical centre in Barcelona recognised the gesture, and alerted 112. The Catalan police, the Mossos d’Esquadra, arrived and after speaking with the victim and the alleged aggressor, arrested the 64-year-old man, who has no criminal record. The woman reportedly said that she was constantly insulted and scorned by the man, who sometimes pushed her. They had been in a relationship for 10 years.

The Mossos had recently released a video on social media in which they explained that they were joining a global campaign calling for the use of this distress signal if you are in danger, so that others can alert the police.

Another way of denouncing violence is the phrase ‘Is Angela there?’, which is the password for a woman to alert professionals in nightlife venues when she is not comfortable with the company she keeps or has suffered harassment.