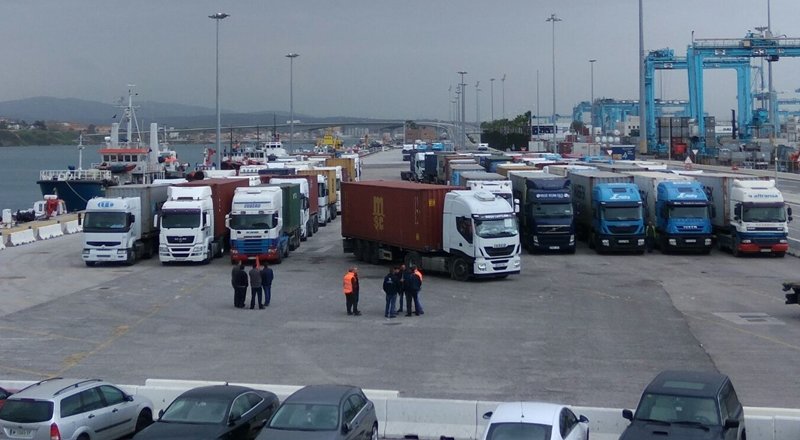 Spanish truck drivers have announced their intentions to strike for three days in the week leading up to Christmas, in protest at the government’s ‘neglect’ of their sector.

In recent months, the industry has been hit by rising fuel costs, compounding the issues already facing the sector, including increasing demands on working practices and a squeeze on pay.

In response to the deepening crisis, the National Road Transportation Committee (CNTC) announced on Wednesday that the proposed strike would start at midnight on 19 December and end on 22 December, a period when supply chains are at their most stretched, as well as being significant trading days for retailers.

The CNTC, which represents truck drivers Spain, had presented their demands on the negotiating table for consideration by the government, including requests for prohibiting drivers from loading and unloading merchandise, building safe rest areas and state support to help curb the impact of rising fuel prices.

The recent surge in diesel costs were described by the CNTC as the ‘deathblow to a sector that has been struggling since before the pandemic’.

Negotiations, however, failed and a spokesperson for CNTC expressed their frustrations, saying that ‘our clients, in the present economic situation … profit from the dominance afforded to them by current regulation around road transport contracts, which itself is provoking a huge lack of professional drivers in the face of degrading and inhuman conditions’.

In response to the announcement, the government has said that it is prepared to negotiate with unions to avoid the strike action.

Speaking about their intentions, Transport Minister Raquel Sánchez, said, ‘I am convinced that through dialogue and agreement we will be able to overcome this crisis and avoid the strike that has been announced.’

Sánchez was speaking at an event on Thursday that was announcing plans for a 400 million euro investment in decarbonising road transport. The government is also looking at increasing freight distribution via the rail network, which it says is an important part of its improvements to the national transport network.

Rising fuel costs have added to the sector’s challenges in recent months, and Sánchez highlighted that there were issues in the sector that were out of the government’s control.

Explaining about possible steps for negotiation, she said that ‘many of their demands go beyond the competence of the ministry but are instead to do with private relations with companies’.

Economy Minister Nadia Calviño also spoke of the government’s intentions to avoid the strike action on the key Christmas dates, saying that ‘there is still time to try to find a solution because it is obviously not desirable to have a strike on those dates’.