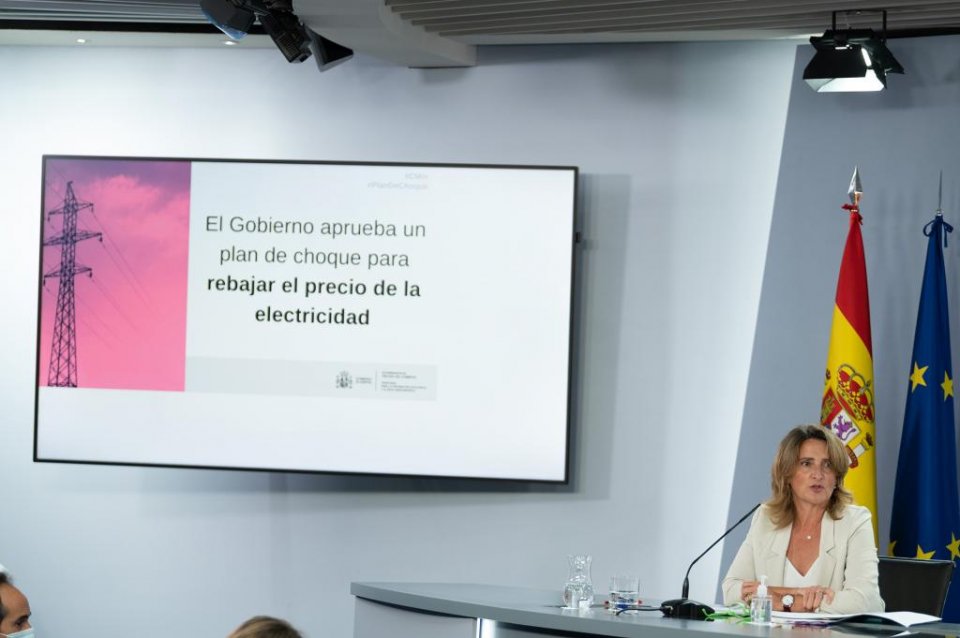 The Spanish cabinet has approved plans to significantly reduce energy taxes for consumers and set a temporary windfall tax on the gains of energy companies.

The measures are being introduced in response to the surge in household electricity bills in recent months, that have reached records highs and inflicted hardship on many consumers struggling to pay their energy bills.

Prime Minister Pedro Sánchez announced the plans on Monday evening, telling state broadcaster RTVE that he wants to limit the impact on the consumer of rising energy costs. The measures were approved by the Spanish cabinet on Tuesday.

Explaining the intentions of the plan of addressing the inequality between energy companies’ profits and consumer hardship, Sánchez said that ‘there are energy companies that are making extraordinary profits right now. That is not acceptable to me, because they are profits that come from the evolution of energy prices’.

He went on to explain how the government is also going to limit natural gas prices for consumers, saying ‘we are going to take away these gains of energy companies, they can afford it, and redirect them to consumers’.

Recent surges in prices have come from the rising international prices of gas. Electricity prices have rocketed in recent months, as demonstrated by the National Statistics Institute (INE) data that recorded growth of 7.8% in consumers’ electricity bills in August, compared to the previous month, and 34.9% compared with August 2020.

The staggering growth was also starkly highlighted by the cost per megawatt hour that hit a high of 154.16 euros on Monday. One year ago, it was just 46 euros.

As the prices have escalated in recent months, there has been much public anger and consumer associations have increasingly put pressure on the government to combat the price hikes.

The measures proposed by the government include a new tax on energy companies’ windfall gains, when these companies have historically benefitted financially from fluctuating prices at the daily energy source auctions, without passing the benefit on to the consumer.

The proposed legislation will be in place until at least March next year, with the government hoping to collect 2.6 billion euros through the scheme and which will be passed on to the consumer.

Spain’s Environment Minister, Teresa Ribera, said that the government was responding to the ‘unprecedented’ situation of rising energy costs, at a time when the economy is recovering from the pandemic and the colder winter months are approaching.

She said that the package aims to reduce household electricity bills by 22% per month in the period up to the end of the year, which would bring the total annual electricity cost for households in line with 2018 levels. She also stated that the government expects gas prices to begin to fall by next March.

In recent weeks, the government also cut the sales tax on household energy, reducing it from 21% to 10% for the remainder of this year.

Spanish consumers will welcome the new measures to reduce their bills. Energy companies, however, were not so pleased with the announcements and the impact on their profits. This was seen in a drop in share values of energy companies this morning, with Endesa, the biggest in Spain, falling by 2.6% in morning trading.

As usual the government is addressing symptoms, not causes. In the case of electricity, the answer, given that solar in Spain can produce 1kWh of electricity for 1.5eurocents (yes that low) is to massively expand renewables asap. Furthermore, the government should allow/help communities to develop their own renewables – delivering low cost green electricity to local people. This more than anything else will address poverty, particularly rural poverty.