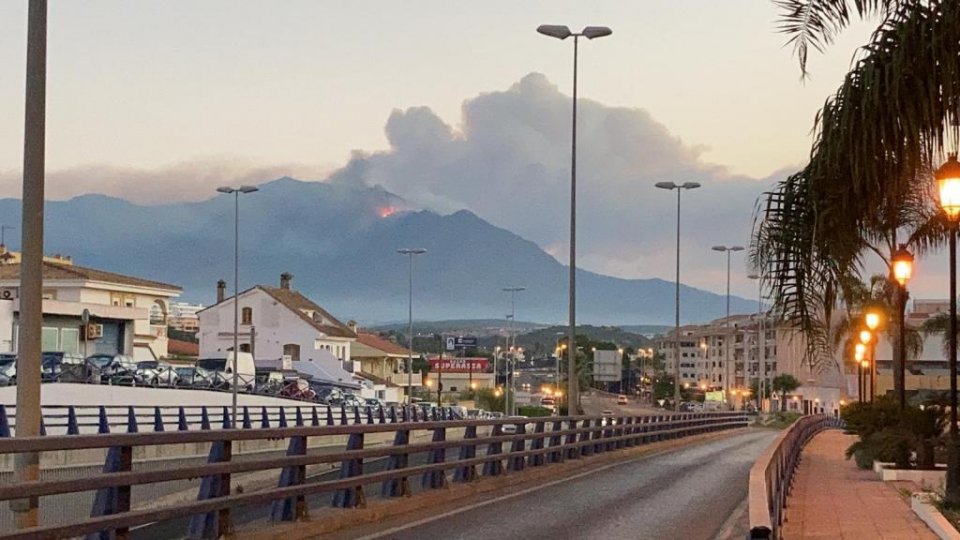 Over 2,500 people have now been evacuated from their homes in Andalusia in southern Spain, after a wildfire that broke out in the province of Málaga’s Sierra Bermeja last Wednesday continues to blaze. A 44-year-old firefighter died last week and two others were reportedly injured on Sunday. The Spanish military have since been called in to help put out the flames.

The blaze has already destroyed nearly 7,000 hectares of forest in Sierra Bermeja, with Plan Infoca, the Andalusia region’s agency in charge of firefighting efforts, describing Sunday as a ‘key day’ for trying to bring the blaze under control.

Authorities on Sunday preventively removed around 1,500 residents from the towns of Jubrique, Genalguacil and four other villages – Júzcar, Alpndeire, Faraján and Pujerra. Over 1,000 other people had been evacuated before the weekend from areas around the resort towns of Estepona and Benhavís, which are popular among tourists and international residents.

An emergency brigade has travelled from the military base of Morón, in southern Spain, to join more than 300 firefighters and 41 water-dropping aircraft battling the flames. Strong winds of up to 50kmh fanned the flames on Sunday, doubling the fire’s perimeter to 85km, from 42km on Saturday. Rain is not expected until Tuesday at the earliest, according to Spain’s national weather service Aemet.

‘The potency and strength of this wildfire is unusual for the kind of blazes that we are used to seeing in this country,’ García told reporters on Sunday.

The firefighting agency released aerial pictures showing towering plumes of smoke emerging from rugged terrain, which it said made crews’ access on the ground difficult.

Authorities are investigating whether the wildfire is the result of arson, based on the fact that it began simultaneously at two separate locations. On Saturday, Andalusian president Juanma Moreno said that ‘everything seems to indicate that it was started on purpose and that there was a clear intention to cause as much damage as possible,’ Antena 3 TV reported.

In Spain, over 75,000 hectares of forest and bush areas have burned in the first eight months of the year, according to Spain’s Ministry of Ecological Transition.

Over 100,000 rally in Barcelona for Catalan independence on the ‘Diada’