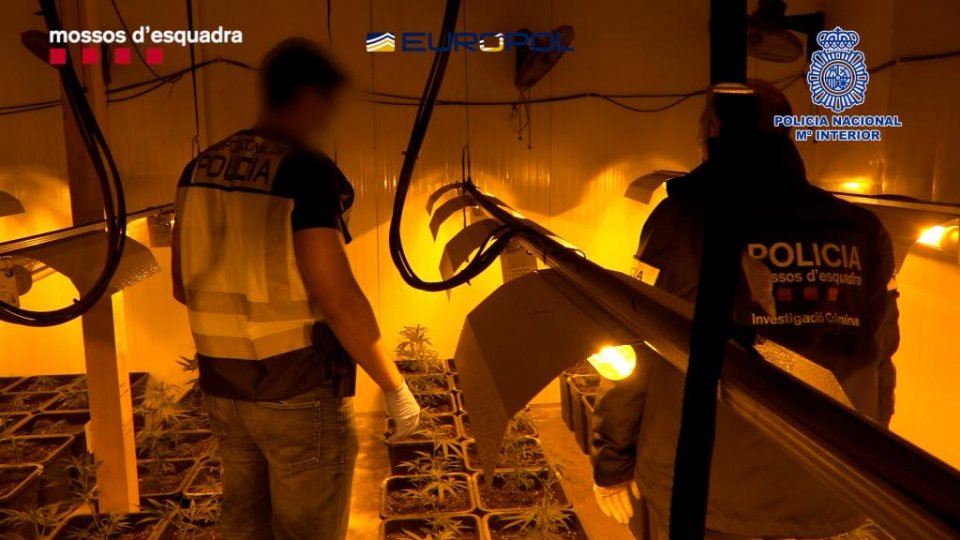 Over 100 people were arrested when police in Spain busted an illegal drug ring during the summer, Europol and the Spanish police announced on Wednesday.

The organised criminal network was composed mainly of Albanian-speaking criminals, suspected of illegally trafficking drugs, and was dismantled with the support of Europol, the agency said. 107 people were arrested during an ‘action day’ on 13 July, involving law enforcement authorities in Spain, Germany and Albania.

The criminal group is believed to have been managing cannabis plantations in Spain where they cultivated and processed the marijuana, before it was transferred to other European countries for further distribution.

On the ‘action day’, some 400 police officers from the Spanish National Police and Catalan police (the Mossos d’Esquadra) carried out simultaneous raids in 42 different locations in Tarragona, Barcelona, Girona and Castellón. An additional nine searches were carried out a few days later.

Europol said that the property searches led to the arrest of 107 individuals, including Albanian, Spanish, Slovak and Greek nationals. 51 cannabis farms were uncovered, 25,000 cannabis plants seized, as well as €70 000 in cash and ‘two high-end vehicles seized’.

As well as the Europol’s Serious Organised Crime Centre, the agency said that the Albanian State Police and Germany’s Customs Investigation Office took part in the operation with the Spanish law enforcement authorities.

Europol said that the ‘clan-based organised crime group was hierarchically structured, with branches operating internationally’. Some of the members arrested have a history of drug trafficking in different countries, the agency added.

The criminals were also allegedly diverting electricity supplies to illegally cultivate the plants indoors and it is estimated that the stolen electricity amounted to over €1.6 million in lost utility revenue.