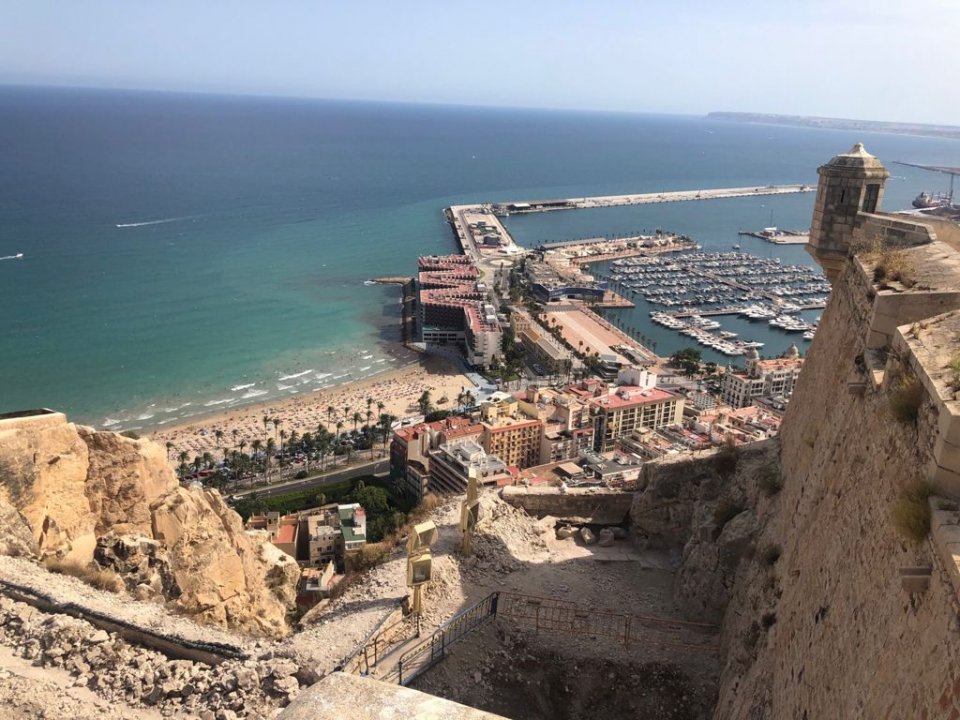 After deliberating about everything that could possibly go wrong with a short trip to Spain from the UK, with differing rates of Covid cases, restrictions and travel regulations that complicate and put off most travellers, we recently took the plunge and went for it, flying to Alicante for a short break.

Decision made, we booked the flights and the required tests for family travel; pre-departure from the UK for the two kids; for all of us before returning to the UK; and for all of us again when back. The ten Covid tests in total cost £300. We paid £250 in total for our four return flights!

There was regular checking of changes in Covid rates and rules in the days leading up to the flight, with half an eye on cancelling if needed, with any changes that were a step too far for us. And, of course, if either of the first test results came back positive and scuppered our trip at the first hurdle.

I am pleased and relieved that we managed to get there and back safely and fully compliantly. And had a great time when there. I’d almost forgotten about that bit! Not exactly a ‘normal’ relaxing summer holiday, but pretty damn close and that actually felt really good for a few days.

Alicante is a beautiful city on the Costa Blanca coast. The airport is usually bustling with British tourists in August, most of who venture beyond the city to destinations across the region and up and down the coastline.

This August, it was quieter, particularly with much lower numbers of British tourists, but there seemed quite a few Spanish and other nationalities at the airport when we were there. French and Germans seemed prevalent in quite large numbers in the city too. ALSO READ: International tourism improves, yet Spain keen to extend its summer season.

Within minutes of landing, taking the familiar C6 airport bus to the city centre, I was beginning to feel quite ‘normal’ being back. Whatever ‘normal’ is, these days.

I felt relieved to see all wearing face masks on the bus, having left the UK where masks are no longer mandatory on public transport, or in shops or restaurants. But, reassuringly, obligatory on the Ryanair flight and strictly enforced.

In Spain, there seemed to be a sense of calm and normality combined, as my fears about the trip that were racing through my head in the days before departure disappeared rapidly.

Yes, we were on our guard and careful when mixing with others, sanitising and everything else that has become more ‘normal’ in recent months. But overall, it was lovely to be back in Spain.

Highlights of a few days break included some amazing meals in favourite spots; Plaza Canalla, In Bocca Al Lupo and El Portal were all top notch.

Shopping and walking around the city were enjoyable and relaxing. As was the visit to the Alicante Museum of Contemporary Art and a stroll up to the Santa Bárbara Castle for the stunning views of the city and port. And the weather was fab, of course (as I write this under the current permanent state of grey UK skies).

The 1am curfew was respectfully obeyed. We were amongst the Spaniards scurrying home one evening, doors shut within seconds of the deadline, with streets then falling silent.

I admit that I had a nagging dread at the back of my mind in the first few days that our Covid tests for the return were looming, with the fear of complications of a positive result and that isolation in Spain would be difficult. Although my husband and kids didn’t seem to share my concerns on that front!

But the nervousness around this disappeared instantly when the return tests were all negative and we were given the all clear to fly home three days later.

An unusual six days holiday that I am sure many would not bother with, given the faff involved and the hard work required to allow yourself time to relax. The irony!

Yes, I agree that it was not the easiest trip and yes, I hope that travel becomes much easier in the months ahead.

But in the meantime, we relished every second of our Spanish escape and we will never take that for granted.

Thank you, Alicante, we will be back soon … I hope!

If you’d like to contribute to Spain in English, please email: editorial@spainenglish.com