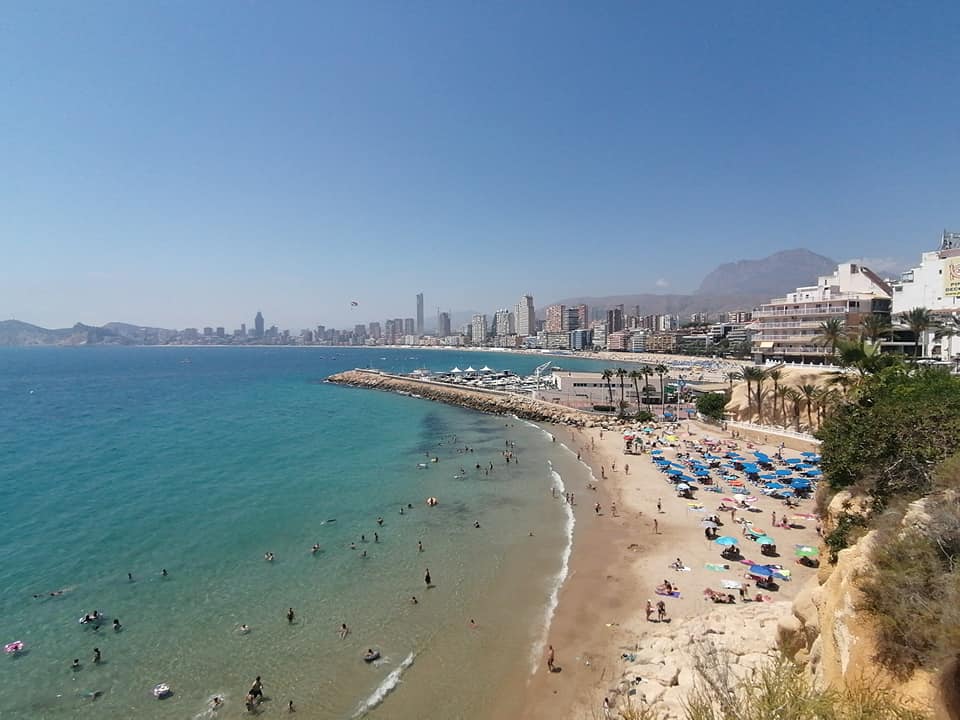 Las Fallas in September– what you can and can’t do

Valencia’s big celebration, Las Fallas, which normally takes place in March, has been cancelled for the past two years and is now set to take place next month, from 1-5 September. But under the current Covid-19 restrictions, it will be a very dumbed-down version of the event which usually attracts millions of visitors each day. As the city’s mayor, Joan Ribó said this week: ‘It won’t be Fallas, it will be Fallas events.’

The use of face masks will be mandatory, in all events, including those in the open air. The Ofrenda, the most emotional event for falleros when they offer flowers to the statue of the Virgin, will be a closed event without public spectators, although it will be broadcast on television, and the Cremà, the last night of the celebrations when the monuments are burnt, will be held earlier due to the curfew restrictions. The authorities still have to confirm timetables, given that there are 352 Fallas to be burnt and emergency services need to be available for those which pose most risk.

There will also be no mascletàs, the loud daytime fire works displays, and the Castillos, night time firework displays in the Jardin del Turia, will also be absent from this year’s events.

Throwing crackers, however, will be allowed, provided it’s done in the special areas for the purpose. The decisions were announced following a meeting between the health department, the city council and representatives from the Fallas community.

Within the Fallas Carpas, the marquee-type structures which appear across the city, groups are limited to a maximum of 10 people who must be seated in bubble groups, a far cry from the usual social atmosphere and mingling associated with the carpas. And of course, there will be none of the usual mobile discos into the small hours.

Also missing this year will be the customary pasacalles when the groups of falleros walk through the city’s streets accompanied by marching bands.

There are 20 other towns outside Valencia where Fallas celebrations will be held during September and October, meanwhile other municipalities have chosen to cancel the celebrations completely.

Spain’s biggest cycling event, La Vuelta, has been making its way through the region this week. The Valencian part of the route around Spain began on Thursday with a leg from Requena to Cullera, Friday saw the riders setting off from Gandía and cycling to Alicante and on Saturday they left Santa Pola, heading for La Manga del Mar Menor.

At around 16.20h on Thursday, the cyclists passed through the village of El Perellonet, where I happened to be, so, along with the rest of the urbanización, we rushed out to catch a look at them.

I confess I know absolutely nothing about the sport and never follow the main events, but to have such an important international event pass literally in front of our door was an opportunity we couldn’t miss. I was amazed at how many vehicles went along clearing the roads ahead of the cyclists, and the speed they zoomed past at. I couldn’t help but wonder how many accidents these cause each year.

When the pack of cyclists finally appeared, they seemed more like a swarm of locusts all squashed together, and it looked impossible for them to overtake each other. Then, in a matter of seconds they had gone. That was it, we were left with the entourage of team cars, support vehicles carrying spare bicycles and ambulances. Click here for full details of La Vuelta route.

Tourism figures up in August

There was good news from the tourism industry as Hosbec, the hoteliers’ association, reported that hotel occupancy rates were almost back at their pre-pandemic levels.

The first two weeks of August ended with average hotel occupancy rates of around 80% across the country. In some parts of the Valencia region this figure even reached 90%, although in Benidorm it was somewhat lower, at 77.6%, most likely affected by fewer British tourists due to the UK government placing Spain on its ‘amber list’. However, in spite of the uncertainty, Brits still accounted for 4.5% of the visitors to the city of skyscrapers.

Hosbec said that the majority of tourists were Spanish, 84.4% along the Costa Blanca and 81.4% in Benidorm, but the most surprising figure was the number of French holidaymakers, 5%, who have chosen the region.

Coronavirus infections and hospital admissions down

As of Friday, there were 475 patients needing hospital treatment, lower than last week’s 573, with 84 of those in the ICU, down on last week’s 95.

On Monday the health department announced it would administer more than half a million vaccination jabs this week, with 58% going to 12-to-19 year olds, putting the region well on the way to administering at least one dose to all students before the start of the new school year on 8 September.

Meanwhile, on Wednesday the region reached a milestone, achieving a total of 70% full vaccination of the population aged over 12. ALSO READ: Covid-19 Vaccinations in Spain. Click here for all reports on: Coronavirus in Spain.

Last Sunday teams of firefighters worked tirelessly to put out wildfires that had started in the Azuébar area of Castellón.

The fire began in the early hours of Saturday and raged throughout the weekend. By 2.30pm on Monday it was announced the fire had been extinguished. It affected an area of 420 hectares, including 220 hectares of the Serra d’Espadà natural park. More than 300 residents had to be evacuated from the village but were allowed to return home on Sunday evening once the perimeter of the blaze had been contained.

Speaking on Monday, Azuébar’s mayor, Jessica Miravete said: ‘From any part of the village you can see the mountain is burnt and it’s hard, very hard.’

The village has 310 registered residents, but last weekend there were some 500-600 people in the village for its fiestas. This video shared by Diputación Castelló shows firefighters in action. The footage was taken in the small hours of Monday morning and shows the critical situation with Poniente wind (hot air coming from inland) and temperatures of more than 40 degrees as one of the flanks of the fire blazes out of control.

By the morning the blaze was under control and here you can see the firefighters’ planes and helicopters in action:

High winds in Gandía caused a ferris wheel at the town’s funfair to blow over. Fortunately nobody was onboard at the time and it was reported that just one person suffered light injuries. These tweets show the moment the big wheel fell, and a photo of the devastation left afterwards: