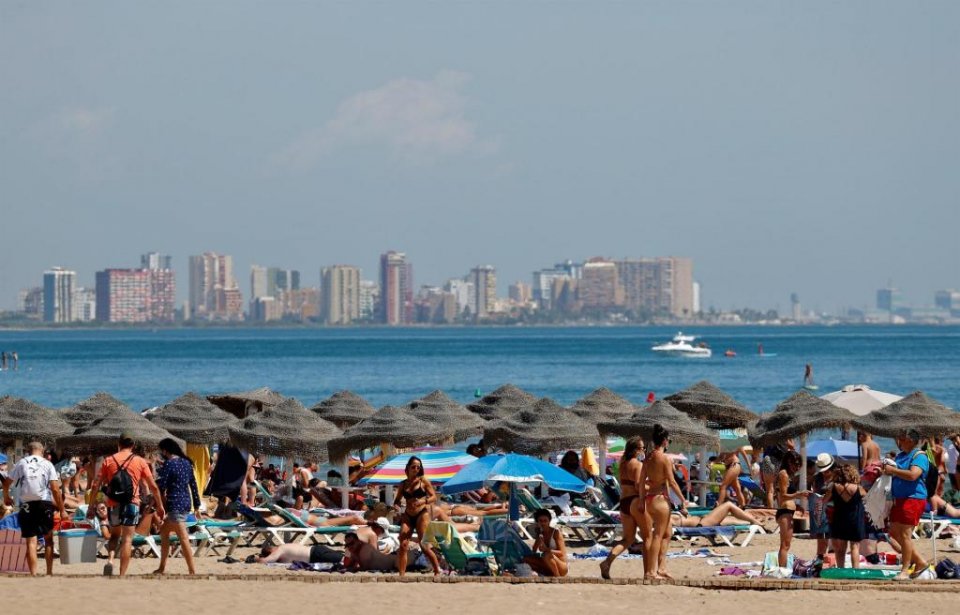 Nearly all parts of Spain have experienced rising temperatures over the last few days, having been hit with the heatwave that is taking a hold over northern parts of Africa and southern Europe.

There are 10 provinces in six regions that are currently on high alert for high temperatures in the coming days, with the expectation that the heatwave will peak over the weekend.

The provinces that have been alerted are Córdoba, Granada and Jaén in Andalusia; Huesca and Zaragoza in Aragón; Mallorca in the Balearic Islands; Toledo, Albacete and Cuenca in Catilla-La Mancha; Lleida in Catalonia; Alcalá de Henares and certain areas around the city of Madrid.

The temperature from Thursday is expected to reach as high as 45 degrees in the southern half of Spain.

Rubén del Campo, a spokesman for Spain’s national weather agency, Aemet, said that the extremely high temperatures were ‘not normal’ in terms of intensity and for how long they are currently being sustained.

Forecasting the peaks expected in the coming days, he said that ‘we can’t rule out that a temperature record will be broken’.

All parts of the country, except the northern region of Cantabria and parts of Galicia, will be affected by the heatwave, with southern Spain bearing the brunt of the scorching temperatures.

Warnings have also been issued about the overnight temperatures that are expected to remain as high as 25 degrees.

The intense heat will also mean that there is a surge in electricity demand, as Spaniards resort to longer usage of air conditioning units to counter the extreme temperatures.

Spain’s rising electricity prices in recent months, combined with the high demand that is expected in the coming days, will impact directly on consumers.

Along with the high electricity costs caused by the heatwave, there is an even more worrying threat on the horizon that intense heatwaves will become a normal occurrence in Spain, because of changing climate and the damage that is being caused to the environment, resulting in the record-breaking temperatures and more frequent heatwaves.

Global warming has arrived with a vengeance and will see Earth’s average temperature reach 1.5 degrees above pre-industrial levels around 2030, a decade earlier than projected only three years ago, according to a landmark UN assessment published on Monday.

The UN’s Intergovernmental Panel on Climate Change (IPCC) bombshell report, landing 90 days before a key climate summit desperate to keep 1.5C in play, says the threshold will be breached around 2030, no matter how aggressively humanity draws down carbon pollution.

The landmark study warns of increasingly extreme heatwaves, droughts and flooding, and the key temperature limit being broken in just over a decade.

The report ‘is a code red for humanity’, according to the UN Secretary General António Guterres. ‘If we combine forces now, we can avert climate catastrophe,’ he said. ‘But, as today’s report makes clear, there is no time for delay and no room for excuses. I count on government leaders and all stakeholders to ensure COP26 is a success.’ You can click here to read his full statement.

As Spain continues to overheat in the days ahead, there is an increasing concern that it is directly because of damage to the environment, and that unless changes are made to significantly reduce CO2 emissions, this may well become a regular weather pattern in future summers.

Outrage as bull is rammed and killed by vehicles, after escaping from bullring