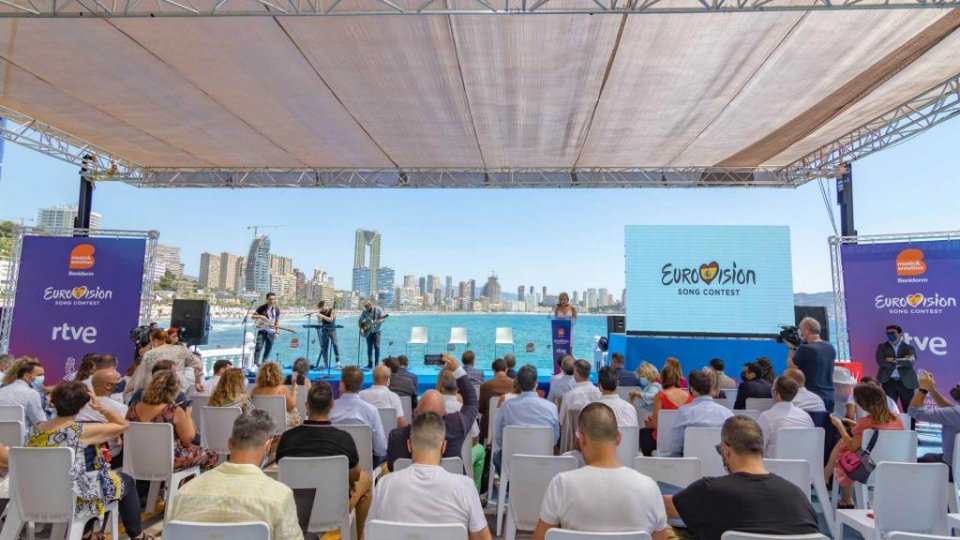 Valencia’s High Court has approved the government’s request to impose a 1am-6am curfew in 77 towns and cities across the region with the highest Covid-19 incidence rates. The limit on night-time movement will affect some 2.6 million people, around half the population of the region, and will be in place until 16 August.

Following the interdepartmental meeting on Thursday, Valencia president Ximo Puig announced the changes which also include a limit of 10 people in public and private gatherings across the whole region. There is also a limit of 50% capacity on indoor performances and celebrations which must finish by half-past midnight and likewise for events at sports venues and swimming pools.

Puig insisted on the need for people to continue wearing face masks, even outside, and called for cooperation in complying with self-isolation when testing positive as well as informing all close contacts.

He said that the Delta variant now accounted for 90% of all new cases and said it was ‘crucial’ to intensify and progress with vaccination to stop the advance of the pandemic.

In the Castellón province, the 11 towns and cities that are affected by the restrictions are: Alcalà de Xivert, Almenara, Benicasim, Burriana, Borriol, Onda, Oropesa del Mar, Peníscola, Torreblanca, Vila-real and Vinaròs.

Bachillerato students and those on Formación Profesional courses are to be vaccinated, starting in the last week of August, according to plans announced by the regional government on Monday, following a meeting of the Health and Education departments. Those aged 17 and 18 will be called to vaccination centres to be given their jabs.

The heads of the two government departments involved will meet again on 6 August to finalise the details about vaccinating 12-16 year olds, when they will have a clearer idea of the quantities of vaccines available. However, speaking on Saturday, regional president Puig pledged that all citizens over 12 would be vaccinated before the region’s holiday on 9 October.

Fines for hotels if Covid-positive guests not allowed to isolate

The Valencia tourist department has published ‘Hospitality Tourism’, the protocol to be followed by accommodation establishments if any of their guests tests positive for Covid-19.

And if they fail to comply, owners could face fines. For instance, if a guest tests positive for Covid and needs to extend their stay in order to quarantine, failure to allow them to do so could result in a fine of between 10,000 and 100,000 euros. On the other hand, if a guest tests positive and leaves the place where they’ve been staying, the guest would be liable to a fine of between 601 and 30,000 euros, according to the risk posed to others. Of course, the host has no obligation to make guests stay against their will.

Hosbec, the Valencian tourism association, has advised hotels to set aside a few rooms, preferably in more isolated locations, for the purpose. They added that Spanish tourists, especially those who have travelled by car, may be better returning to their own homes to self-isolate, which means hotels with international tourists will need to set aside more rooms for the purpose as their guests will be unable to return home to quarantine.

Contrary to what was previously muted, there will not be a single Covid hotel in each province. There will, however, be a hotel for ‘airport emergencies’, for passengers who are unable to board their flights because they have tested positive but have no current hotel.

An estimated 50,000 in the region suffering Long Covid

For many people Covid doesn’t finish once they get their negative PCR test, the symptoms can last weeks, months and, who knows, maybe even years. This is Covid Persistente or Long Covid which resembles the illness itself with the same, or sometimes different, symptoms from the original illness, sometimes constant, sometimes in cycles. And even the severity of Long Covid appears to have no relation to the severity of the original illness, as there are some who suffer a mild case of Covid but then spend months with Long Covid symptoms. The Spanish Health Ministry estimates that one in five people have symptoms five weeks after being infected, while one in ten people have some symptoms 12 weeks after the infection.

During Thursday’s press conference, Ximo Puig touched on the subject, saying that, ‘We are all at risk from Long Covid. Some studies suggest that between 15% and 20% of those infected can have a permanent headache, general malaise and symptoms which affect mental health.’ And he called on people to use ‘maximum common sense and prudence’ this summer.

According to the Valencia health department figures on Friday, a total of 445,893 people have been infected with Coronavirus since the start of the pandemic and 7,478 have lost their lives. According to figures, at least 50,000 Valencians are suffering, or will suffer, from Long Covid. In January 2020 the resident population of the Valencia Region – those registered on the padrón – was just over five million (5,057,353 to be precise). Click here for all reports on: Coronavirus in Spain.

Covid deaths are now the unvaccinated

Speaking on Saturday, Ximo Puig said that those who had died were unvaccinated because they had chosen not to take up the vaccine, and he made a plea to people to have the jab, to protect themselves and others.

As of Friday, there were 586 people being treated for Covid in Valencia’s hospitals with 78 of those needing intensive care treatment. Both figures are up on last week when there were 432 people in hospital and 59 in ICUs. ALSO READ: Covid-19 Vaccinations in Spain

Benidorm, the city of skyscrapers, spectacles and sequins, has been chosen to host the pre-selection of Spain’s entry for Eurovision 2022.

After coming 24th out of 26 in the competition in May this year, and totting up just six points with Blas Cantó’s Voy a quedarme, it seems Spain has reached a turning point, with the finger of blame for recent Eurovision failures being pointed at RTVE.

‘We’ve come to win, to give young Spanish music a chance,’ declared the president of the corporation in Benidorm on Thursday, where the new radical changes to be introduced to the pre-selection process were revealed. It was Valencia president, Ximo Puig, who originally suggested reviving the spirit of the former Benidorm International Song Festival which began in 1959 and was a national institution with the likes of Julio Iglesias and Raphael regulars at the annual summer event.

While details still have to be finalised, it was confirmed that the new-look pre-selection will have two semi-finals and a final, broadcast on TVE with some form of collaboration by the local À Punt television channel, whose director, Alfred Costa, also attended the presentation. The participants will be selected by an expert committee of RTVE who will be looking for performers that can connect with a young audience. In the televised gala phase there will be a panel of judges, a mixture of professionals and members of the public, although organisers haven’t ruled out an international panel with the aim of getting the winning song known among European youth before going to next year’s Eurovision song contest in Italy.

The exact location for the 2022 preselection is yet to be determined, although a possible venue being mentioned is the private Benidorm Palace, which has a capacity of 1,600.

28 Valencians are in Tokyo representing Spain at the Olympic games. Wishing them luck, Ximo Puig said: ‘The road has been more difficult than ever, but the moment has arrived.’ Below are the athletes for each sport: