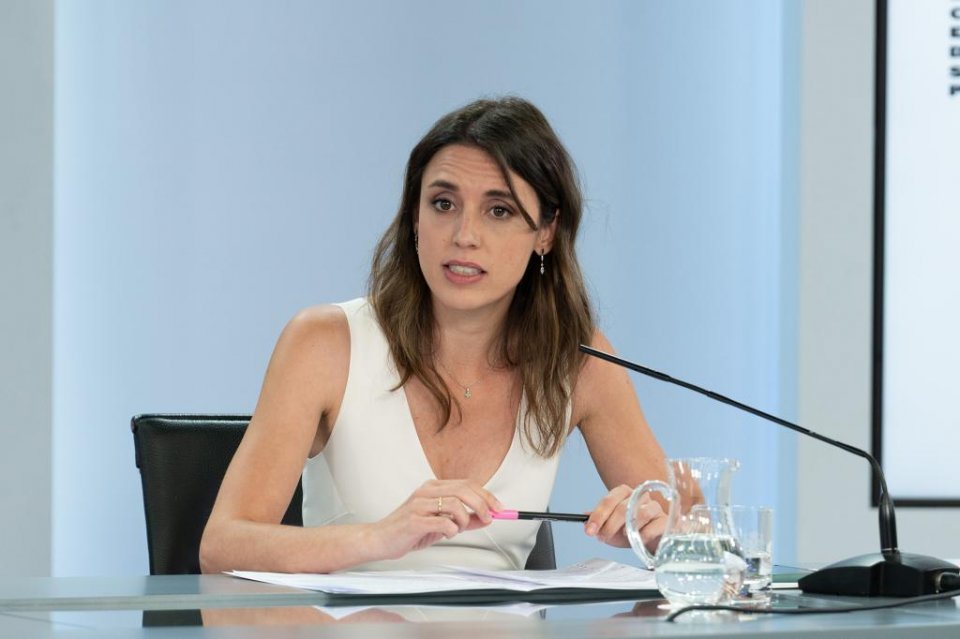 The Spanish cabinet approved a draft bill on LGBTQ rights on Tuesday that will seek parliamentary approval to allow transgender people aged over 16 to be able to freely change their gender and name without doctors or witnesses intervening in the process.

The proposal could still change during parliamentary debates of the current legal draft. However, if the core of the bill succeeds, Spain would join a few countries around the world enshrining gender self-determination without a diagnosis of gender dysphoria or requiring that a person’s physical appearance conform with traditional male or female expressions.

It would also make the changes in the official registry faster than in most other countries: up to four months from the first application to the change finally appearing in official documents. The process would be easily reversible for six months, but afterwards it would require going to court.

The legal proposal has been controversial from the start, pitting against each other transgender rights activists and some feminists who believe that the law blurs the concept of biological sex.

It had also opened a battle within the left-leaning PSOE-Podemos coalition government itself, with the leading PSOE socialists initially opposed to self-identification in line with historical feminist activists, while the junior partner of the governing alliance, the left-wing Podemos group, strongly pushing for the free, unsupervised right to choose one’s gender.

Negotiations within the cabinet were ‘long and difficult’, Irene Montero, Equality Minister and a prominent leader of Podemos said on Tuesday. But the final draft, she added, was ‘a giant step’ in guaranteeing the rights of the LGBTQ community. ‘At last, trans people will cease to be considered ill people in Spain,’ she said. ‘Your lives matter.’

Prime Minister Pedro Sánchez tweeted that the draft bill put Spain ‘at the international forefront’ in LGBT rights. ‘We recognise the right of everyone to be whoever they want to be,’ he wrote.

According to the draft, all Spanish nationals above 16 will be able to change their gender and name by simply stating twice their wish to do so. Previously, applicants needed a gender dysphoria diagnosis by several doctors and, in some cases, proof that they had been living for two years as the gender they identified with — or even records showing they had taken hormones.

Teenagers between 14 and 16 can also apply with parental permission or by going to a judge if there is disagreement among them. A court is involved in applications for those between 12 and 14, and children under 12 are only allowed to register a new name but not to change their gender.

Transgender rights groups had been putting pressure for months on the government by holding hunger strikes, proposing more ambitious drafts to the Spanish Congress and urging organisers of the country’s biggest Pride celebration, in Madrid, to exclude the socialists from the annual march.

If the bill is approved, Spain will become the 16th country in the world to legally enable gender self-identification, after Denmark, Portugal, Norway, Malta, Argentina among others. A law of this kind was first passed in Denmark in 2014, after policies which required transgender citizens to become sterilized before the government would allow them to update identifying documents were eventually scrapped.

However, in most countries in Europe these kinds of laws do not yet exist for transgender people. In the UK, for example, in September 2020 the government dropped plans for a gender self-identification law, without the need for medical diagnosis. Moreover, in Germany, a similar draft for a bill has been repeatedly rejected and delayed.

Sitges hotel occupancy close to full on Saturdays, but half during the week

Sánchez: there will ‘never’ be an independence referendum for Catalonia