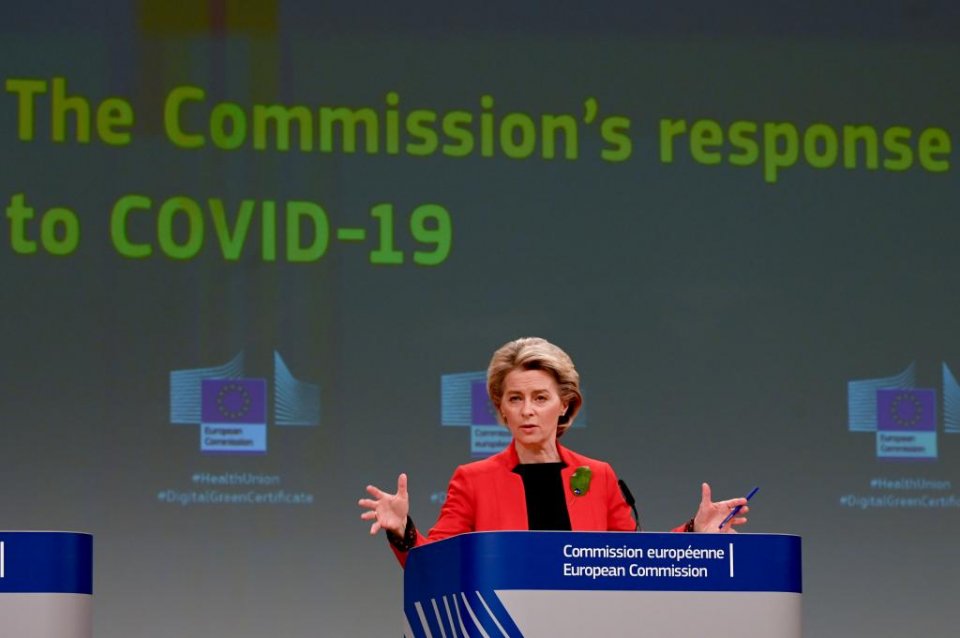 ‘This is a historic achievement,’ von der Leyen told the European Parliament last week in announcing the imminent activation of the landmark 750 billion-euro recovery plan adopted by EU leaders nearly a year ago.

The choice to start in Portugal and Spain is also symbolic. Portugal, which currently holds the EU’s six-month rotating presidency, has made the rapid adoption of these recovery plans a priority following their recommendation by the EU Commission. And the Portuguese government of socialist Prime Minister Antonio Costa also set a good precedent by being the first country to submit its own plan in April.

Spain is also a significant choice in that it will be the second-largest beneficiary of the rescue fund after Italy. The country is set to receive 140 billion euros over the period 2021-2026 – half in direct payments, half in loans, after the entire EU’s economy buckled under lockdown restrictions, job losses and reduced consumer spending.

Spanish Prime Minister Pedro Sánchez has said his government has forecast a 2% annual GPD growth, thanks to the financial injection for a nation of 47 million whose economy shrunk 11% last year. The first goal of the recovery funds spending is to offset the hundreds of thousands of jobs lost in the pandemic, above all in Spain’s worst hit tourism industry. In 2020, foreign tourism to Spain plunged 80% to 19 million visitors – its lowest figure since 1969 – and few expect a recovery to pre-pandemic levels before 2023.

Since the eurozone debt crisis which began in 2011, however, Lisbon and Madrid have often been in the firing line with Europe’s more ‘frugal’ members, frustrated at having to fork out money to subsidise spending in what they have seen as the somewhat less virtuous south.

In line with EU priorities, Spain’s plan places a heavy emphasis on creating a greener economy, digitalising business and public administrations and boosting productivity, all while fighting gender inequality and ensuring Spain’s underpopulated rural areas are not left behind.

In Lisbon, von der Leyen will head to a science exhibition centre to meet Costa, whose country is to receive 16 billion euros in funding. She then flies to Madrid to meet Sánchez at the headquarters of the national electricity board with Spain to drive the bulk of its funding into the green transition.

As reported yesterday, the EU has also approved funding of 200 million euros to bring super fast internet speeds to rural Spain, a step that is hoped to achieve 100% broadband coverage across the country by 2025.

The history of tourism in Sitges now has a museum