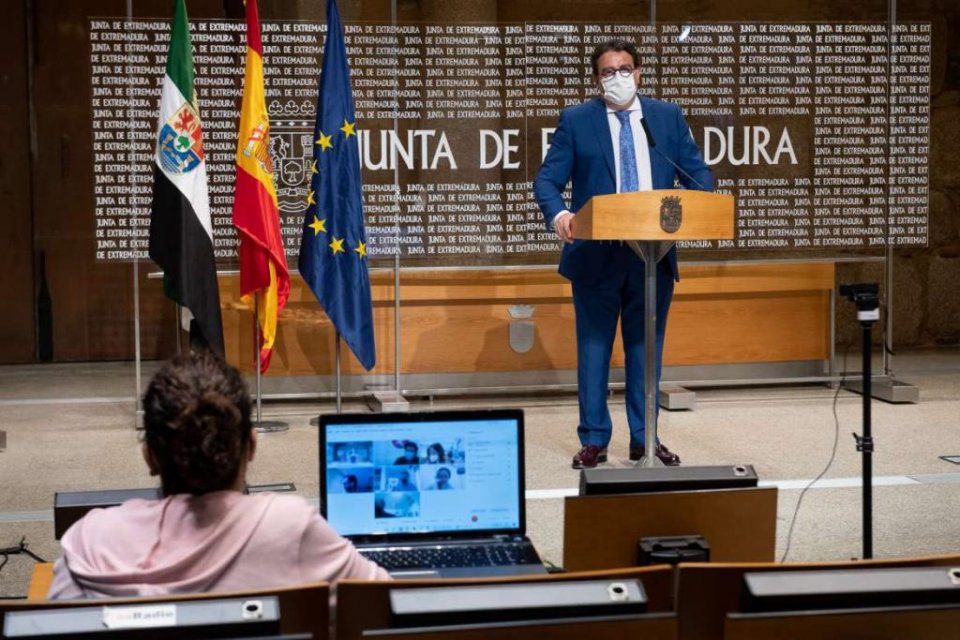 Bars can now stay open until 1am

On Friday, the midnight curfew for bars and restaurants was relaxed by an extra hour, allowing nightlife to go on until 1am throughout Extremadura. Over the weekend, nightlife was busier than it had been for a number of months, and with the current vaccine boom, there is certainly a feeling of optimism in the air.

It is a change that business owners in the hospitality industry have been demanding for a long time, many of which had previously participated in protests from their cars across numerous city centres. During those weeks, the regional government’s priority was to protect lives and prevent the spreading of the virus, in spite of fierce criticism.

The new and more relaxed measures will provide some relief to business, and have come at an ideal time as temperatures in the region have just begun to rise, signalling the beginning of summer. Gambling and betting venues may also stay open until the same hour.

A communion has caused a new outbreak of Covid-19 in Jerez de los Caballeros, a historical town in the province of Badajoz.

The regional ministry of health and social affairs is yet to confirm its scale. The town hall, however, reported on Tuesday they are aware of nine active cases as well as four new reported infections.

Extremadura’s regional minister of health and social services, José María Vergeles, expressed the importance of following the rules that are still in place, on his Twitter account last week, stating: ‘A communion was the origin of an outbreak, which will lead to a mass screening. I ask, please, comply with the rules. Nobody is against celebrating communions, or other events, but with all security measures.’

Those given first dose of AstraZeneca may choose second dose

As of this week, those aged under 60 who have already received one dose of the AstraZeneca vaccine, and have been waiting for answers about the second, can now finally receive their second dose.

The delayed decision was a result of there being new cases of thrombosis among those who have received the Anglo-Swedish vaccine. Those waiting on their second jabs will be contacted by phone and offered Pfizer, but a second dose of AstraZeneca will also be available to them if preferred. [ALSO READ: Spanish study shows it is safe to receive a Pfizer jab after AstraZeneca]

‘Herd immunity could be reached by end of July’

Regional health minister José María Vergeles also announced on Thursday that Extremadura’s health service – Servicio Extremeño de Salud (SES) – will start to vaccinate those aged between 30 to 39 years during the month of June and that ‘herd immunity could be reached by the end of July’.

He said this was due to the ‘very acceptable pace’ that the vaccination strategy is following in the region, where 615,201 doses have already been administered (as per the figures on Friday 21 May), and where 44% of the ‘susceptible population’ has been vaccinated.

He explained that 100% of those over 70 have been vaccinated, and that everyone over 60 has been given at least one dose. 57% of all those older people have had the complete vaccination and more than 34% of those between 50 and 59 years old are also vaccinated.

Vergeles also said that vaccination is protecting a part of the population against Covid-19 but warned that ‘this disease does not understand age’ and that the age group most affected today is 15 to 39 years. He said it was necessary to exercise extreme caution and ‘protect the vaccination strategy, which is what can relieve us’.

Residents of Extremadura will be able to attend face-to-face doctor’s appointments within the next few weeks, according to Ceciliano Franco, the Managing Director of the SES. ‘Our goal is to open health centres,’ he told Canal Extremadura Radio. ‘The feeling among citizens is that the SES as an institution should not be stopped for much longer.’

The SES has already been in touch with health centres about the matter, providing them with new instructions in preparation for in-person consultations which will be allowed ‘in the coming weeks’, although a specific date is yet to be confirmed.