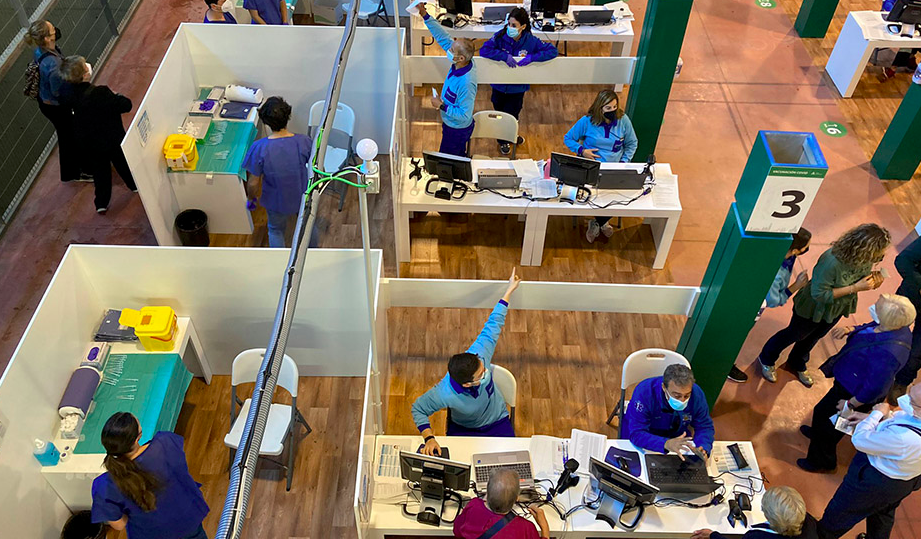 Decrease in Covid infections in Andalusia

One week on from the end of the State of Alarm sees Covid infections decrease in the region to a current incidence rate of 166 per 100,000 inhabitants over 14 days. Hospitalisations and admissions to ICUs have also decreased, putting Andalusia in a better situation than many other Spanish regions. On Saturday, the president of the Junta de Andalucía, Juanma Moreno, tweeted about his pride for Andalusians as we get ‘closer to putting the pandemic  behind us’, by ‘continuing to be an example’ of responsible behaviour.

The continuing need to be cautious and behave responsibly was also expressed by experts who warn that the impact of the reduction in restrictions won’t be apparent in the data for at least another week. Some outbreaks are already being registered due to family gatherings and events, where it is often harder to maintain social distancing. Also read: Details of restrictions for all regions of Spain, now ‘State of Alarm’ has ended.

Plans to vaccinate 70% of population by 8 August

Almost 15% of the Andalusian population (1,260,619 people) have already received complete immunisation. The regional government is aiming to add a million more to this figure to achieve a total of 2,236,729 people with the complete vaccination schedule by the end of May.

In June, the Andalusian health service plans to accelerate the programme with the aim of inoculating one million citizens per week. This programme foresees those over 45 years of age being vaccinated by the end of June, at least with the first dose of the vaccine, or fully immunised in the case of those who receive a jab from the one-dose Janssen.

If the vaccination programme proceeds as planned, this would mean that 89% of Andalusians (aged over 16) would have received the vaccine by 1 August – a total of 6,256,836 people. Taking into account the total population of Andalusia, including children and adolescents, this would be 70% of the resident population in the region vaccinated by 8 August. Also read: Covid-19 vaccinations in Spain

There are now no municipalities in six out of Andalusia’s eight provinces under perimeter closure. These are: Huelva, Cádiz, Córdoba, Jaén, Málaga and Almería.

In the Sevilla province, La Campana is the only municipality with perimeter confinement and closure of activities.

In Granada, only Montefrio has its perimeter and non-essential activity closed. Granada remains the worst affected region for Covid and has greatest number of municipalities at alert level 4 of all the provinces.

The Museums of Andalusia are inviting citizens to participate in an extensive programme of activities to celebrate ‘Museum Day’. International Museum Day (IMD) is celebrated every year on and around 18 May, and organised since 1977 by the International Council of Museums (ICOM).

Under the slogan ‘The future of museums: rediscover and imagine’, the programme, featuring museums from all eight provinces, encourages visitor participation in special workshops, guided tours, lectures and performances.

Regional Minister of Culture, Patricia del Pozo, has said that 18 May will be a day where ‘both adults and children can enjoy the exceptional heritage of the museum collections of Andalusia’.

From a workshop to create a Roman ‘lararium’ to recycling workshops, each museum hopes to reaffirm the essential role of public museums for the construction of a just and sustainable future.

Examples of events in each province include:

More information on dates and times of International Museum Day activities in Andalusian museums can be found here: www.museosdeandalucia.es

Financial aid to recognise importance of flamenco in Andalusian culture

The city council of the Cádiz municipality of San Fernando has signed agreements with the Peña Camarón de la Isla and the Peña Cultural Flamenca Chato de la Isla to support its activities and events for the promotion of flamenco throughout 2021.

The signed agreements will allow both entities this year to receive 5,000 euros each to carry out their own activities. This fund aims to both support events that promote flamenco as a unique and characteristic element of Andalusian culture and as a potential attraction of visitors and tourists and, therefore, economic revitalisation.

The council said they wished ‘to give oxygen to cultural entities’ after facing difficulties as a result of the pandemic, and to ‘support them financially to ensure their continuity’.

The IV edition of the Concert Music Festival will go ahead as planned this summer. The event will take place in the town of Sancti Petri (Chiclana de la Frontera, Cádiz) between 9 July and 23 August.

The festival, which began in 2018,  made a great leap forward in the cultural and tourist attractions offered in Cádiz province. It also placed Chiclana not only at the top of the national music scene but put it on the map as an international tourist destination.

The third Concert Festival had to be postponed in 2020 due to the Covid health crisis, just as it was developing a name for itself both nationally and internationally.

The impressive line-up for this year’s return includes some artists who were due to perform at the postponed 2020 event, such as Loquillo. Other artists who have been confirmed to play this year’s event are: Maluma, Carlos Rivera, Antonio José, Morad, Los Planetas, Diego El Cigala, Camela, Karol G, Vanessa Martin, Rozálen, Los Secretos, El Barrio and Sara Baras. Click here for all details and tickets.