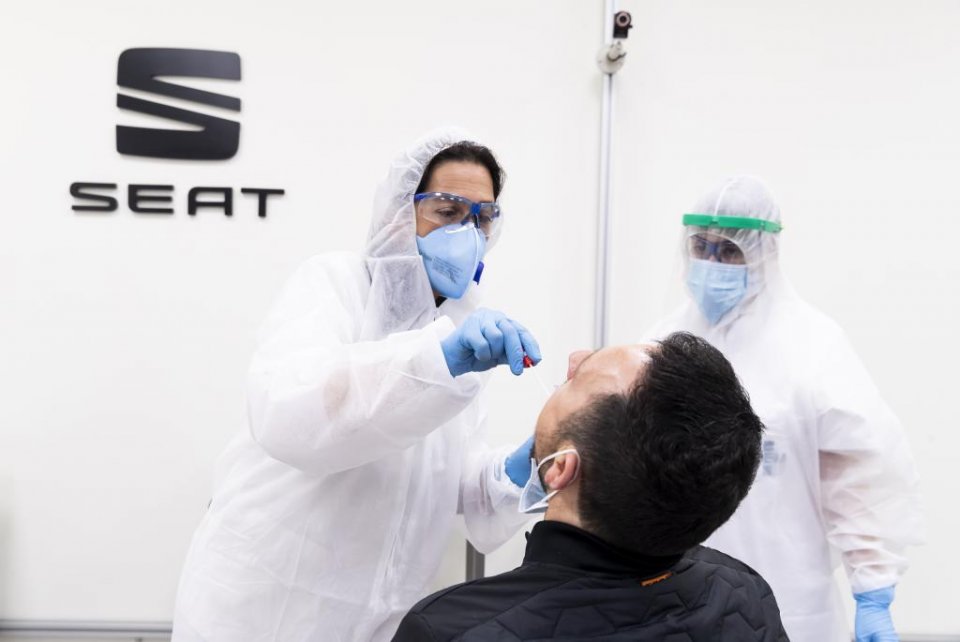 Latest: Coronavirus in Spain figures (14 May)

The VW-owned car manufacturer, SEAT, is today starting to vaccinate workers against Covid-19 at its Martorell factory in Catalonia, its largest production plant in Spain.

Around 800 workers aged over 58 will receive the vaccinations as part of its commitment to protect its employees and ensure production at the plant continues safely and without disruption.

The Martorell site is located just outside Barcelona and the company hopes that local people will also be able to access the vaccination station at the plant, which is using vaccines provided by the Catalan government.

SEAT was keen to introduce the programme as soon as stocks of vaccines allowed, and spoke with Catalan officials in February about collaborating on the project. Last April, during the first wave of the pandemic, the car manufacturer also carried out mass PCR testing on its employees, in order for them to be able to return safely to work.

Speaking about the vaccination initiative, a spokesperson at SEAT said that the company has ‘a long trajectory when it comes to the health of workers and has medical equipment as well as hundreds of health professionals prepared to immediately join in on such an endeavour’.

The company has plans to increase production of its electric cars in the months ahead, as global demand rapidly increases. SEAT, along with other car manufacturers in Spain, are pressing the government for investment in battery manufacturing to support growth in the production of electric cars.

Spain currently has the second biggest car sector in the EU, behind Germany, but is lagging behind in electrification in both sales and manufacture. Wayne Griffiths, SEAT’s president, is keen to press ahead with plans to produce a cheap electric car at its Martorell plant from 2025.