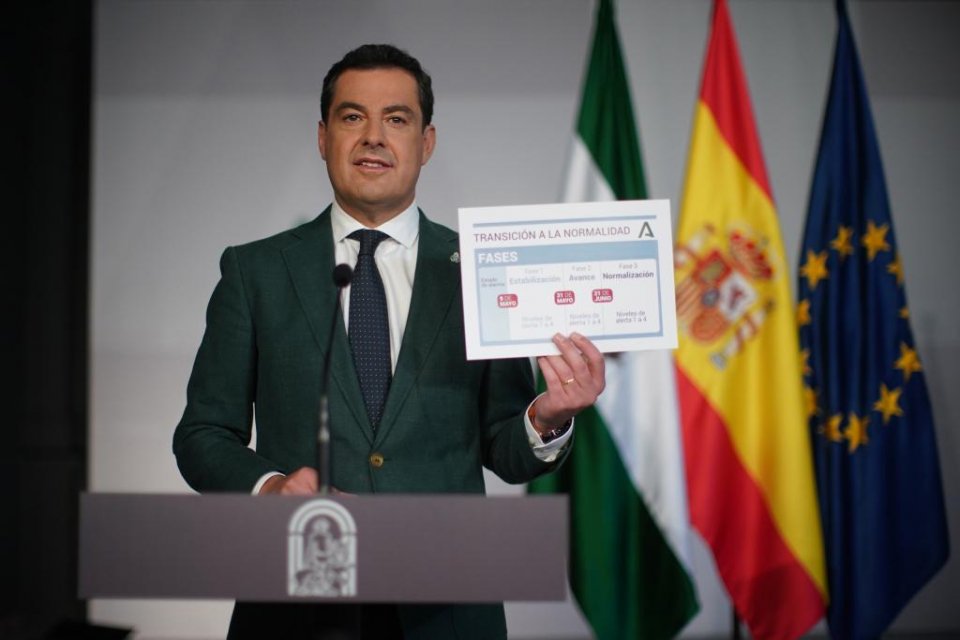 Andalusia pledges to vaccinate a million residents weekly from June

The Junta de Andalucía has announced plans to increase their vaccination rate to a million doses per week from the start of June. This will build on Andalusia’s achievement of becoming the national leader in administering the Covid vaccine, adding to over 3.2 million doses dispensed up to 7 May. [Also read: Covid-19 vaccinations in Spain]

Plans to further speed the rate of vaccination will necessitate the use of large areas, such as sports and conference centres, plus health centres and car parks in smaller municipalities. The large spaces for mass vaccination will allow health professionals to vaccinate each person in an average time of 2 to 3 minutes. Each location will have several vaccination posts so that 10 posts would have a capacity to administer a daily average of up to 3,600 doses.

Some of the spaces which are planned to be used for this purpose include:

For the plan to go ahead, it will also be necessary for at least twice as many vaccines to arrive in Andalusia. This last week 593,260 doses arrived, the largest batch received since the Andalusian Covid vaccination campaign began. ‘For the last week of May and the month of June we expect to receive weekly batches of between 700,000 and 800,000 vaccines,’ the regional health minister, Jesús Aguirre, pointed out in a recent press conference.

Currently, about a thousand nurses are employed in delivering vaccines. The regional government indicated that this workforce would need to be tripled to achieve the planned rapid increase in administration.

Andalusia’s regional minister for public administration, Elías Bendodo, announced the intentions of the Junta to develop tourist activity in the region’s ports. Part of this initiative includes creating a ‘mega-yacht’ terminal in the Port of Málaga by the leading international group in marina management, Island Global Yachting (IGY) and Ocean Capital Partners (OCP).

Bendodo said the project, which could have an annual impact of just over 104 million euros and create more than 800 jobs, would mean ‘a leap in quality for the nautical industry in Málaga and Andalusia’, when he attended the beginning of the works in the Port of Málaga last Monday.

He described Andalusia as having two economic engines, agriculture and tourism, and that during the Covid-19 pandemic the region ‘has been flying with a single engine.’ He stressed the importance of reigniting this tourist activity, which equates to 12-13% of Andalusia’s GDP, adding that developing nautical tourism will be fundamental for the economic development of the Andalusian ports.

He said that the Andalusian government ‘is determined to support entrepreneurs because they are the ones who generate employment and wealth’, and that the region will ‘take advantage of all opportunities not to lose a penny of private investment’.

IGY Marina Málaga will host boats between 24 and 180 metres in length, offering the best levels of customer service and all kinds of comforts and benefits for the crews, with aspects such as security, waste management, concierge service and power. Located around La Farola, the total complex will cover an area of almost 750 square metres.

The Junta de Andalucía is offering direct aid for businesses in the region that organise tourism activities, let property as tourist accommodation, or operate as travel agencies or tour guides. In total, more than 32.5 million euros is being made available to these businesses and individuals to alleviate the effects that the health crisis and resulting lack of mobility have had in this industry.

A budget of 3.7 million has been allocated to active tourism companies, for example, those who offer hikes, horse rides or other physical activities. Each qualifying business will receive 3,000 euros.

A second strand of funding is available to ‘casa rural’ owners, to help them continue to offer their properties as accommodation to tourists. A budget of 9.9 million euros has been set aside for this, to the value of 3,000 euros per house.

The third subsidy pot of 5.2 million euros is aimed at travel agencies and also involves the payment of 3,000 euros per business. Beneficiaries may be the holders of travel agencies with branches open to the public or ‘online’ travel agencies. They must also be small to medium enterprises which have experienced a drop in sales or income due to the health crisis and mobility restrictions.

The largest segment of this fund aims to support tourist guides. The 13.65 million euros allocated for this funding will give 3,000 euros to each qualified guide.

The deadline for claiming this financial support has been extended until 21 May. It is hoped that this intervention will mean that businesses involved in Andalusia’s tourist industry will continue to offer their services as travel begins to reopen.

As of 7 May, Andalusia had added a total of 16,253 more cases of Coronavirus that had been confirmed in the last 14 days, with 1,515 cases added since last Friday. According to the Junta,, the number of deaths from Covid-19 in Andalusia since last Friday was 11 people. 320 people remain in the region’s ICUs due to Covid.

The contagion rate in Andalusia is currently 192 cases per 100,000 inhabitants. Although the assessment of the risk indicators places Andalusia at a high alert level, a positive trend has been seen in the last seven days.

Municipalities of Andalusia with closed perimeters

Around 50 Andalusian towns have their perimeters closed, which is almost a 50% reduction on the previous week. Of these 50 municipalities, 12 exceed the contagion rate that forces them to close all non-essential activity, (incidence of more than 1,000 cases per 100,000 inhabitants.)

Sevilla has nine closed municipalities. Jaén and Málaga both have eight municipalities with closed perimeters, which are the three provinces with the highest number of affected localities. Cádiz has another seven, with the closure of non-essential activities also in two of them. Huelva has six and Córdoba and Almería both have just two closed. Here are the details:

Measures in place from 9 May – and de-escalation plan

As of 9 May and the end of the State of Alarm, Andalusia has decided to adopt the following measures against Covid:

With the State of Alarm ended, each region has announced a new set of Covid measures [Also read: Details of restrictions for all regions of Spain, now ‘State of Alarm’ has ended]. Juanma Moreno, president of the Andalusian government, also announced a three phase de-escalation plan for the region.

Sitges youths celebrate the end of the State of Alarm

Extremadura in English – news round-up (10 May)