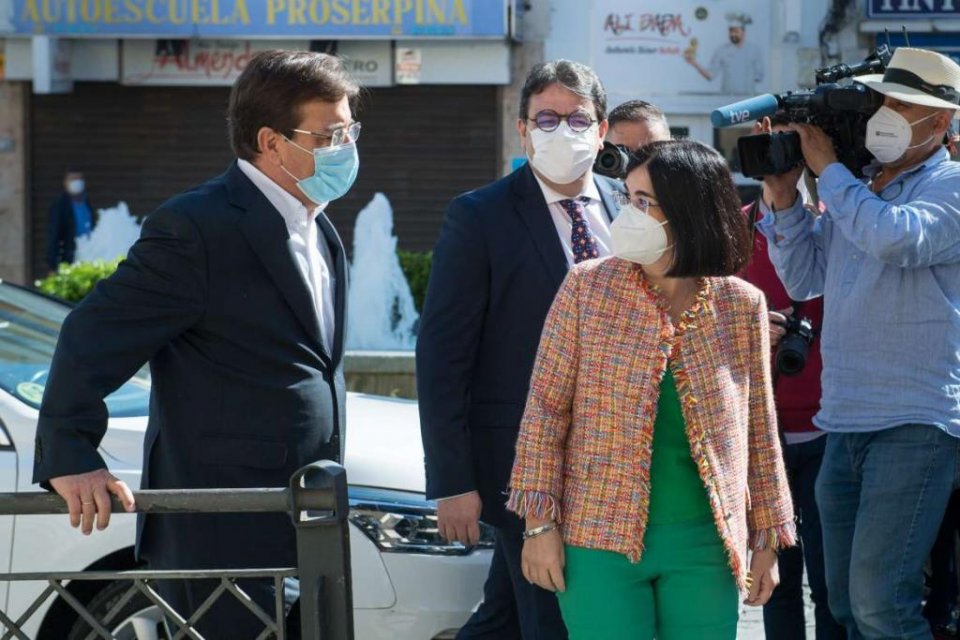 On Sunday, coinciding with the end of the State of Alarm, Extremadura entered alert level 1, meaning the following rules apply:

Bars and restaurants may stay open until midnight with a capacity of up to 50% inside. Consuming drinks at the bar is, however, not allowed. Groups of up to six people may sit together at tables.

Outdoor terraces may fill to a capacity of up to 85% of what the corresponding municipal licence normally allows. Terrace areas can be expanded if the town hall gives permission to do so.

Consuming food and drinks at the terraces must be done whilst seated at tables. A distance of at least two metres must be maintained between different tables, or groups of tables, with a maximum of 10 people per group.

Regardless of potential changes to the alert level, nightclubs and bars will be closed if they do not have a terrace. Dance-floors may be used to install tables but dancing is not permitted. Loud music is also prohibited and customers must wear their face masks whilst not eating or drinking.

In Extremadura, smoking at terraces is also prohibited, regardless of social distancing. The ban is not only for the smoking of cigarettes, but also for e-cigarettes, water pipes or shishas, heated tobacco or similar.

The curfew is officially over, a relief for those looking to go out and enjoy the nightlife without having to rush home early. However, bars and restaurants will still have to close at midnight.

The imminent end of the curfew coincided with a visit from Spain’s Health Minister Carolina Darias on Friday, when she met with the president of Extremadura’s regional government, Guillermo Fernández Vara. She also participated in an extraordinary governing council meeting of the Junta de Extremadura held in Mérida, the region’s capital, to analyse the evolution of the pandemic and vaccination progress.

Portugal will not prioritise the Lisbon-Madrid high speed rail line

The on-going saga of the Lisbon-Madrid high speed rail line may have hit another stumbling block last week, as the Portuguese Foreign Minister, Augusto Santo Silva, stated that it was currently not a priority.

For years, the possibility of the rail line has been a major talking point among Extremeños who could hugely benefit from the project. Not only would it enable them to reach both capital cities in a significantly shorter amount of time, making airport access a far easier feat, but the rail line could also provide a huge boost for tourism in the cities of Badajoz, Cáceres, Mérida and Plasencia, which would all be included as stops on the route.

In his interview with the EFE news agency, the Portuguese Minister did not outrule the project, but made it clear that Portugal has two other priorities. Firstly, to shorten the journey time between Lisbon and the northern city of Porto, and secondly, to extend that line into Vigo in Galicia, Spain.

The Festival of Flamenco and Fado set to return

The annual festival of Flamenco and Fado will return to Badajoz this summer. The intercultural festival, which combines Fado, the traditional music of Portugal, with Spain’s equivalent Flamenco will run from the 2-10 July.

Performances will take place at both the Ricardo Carapeto Auditorium and at the terrace of the López de Ayala theatre, and will include some of the biggest names in each genre, including Diego El Cigala, the fadista Carminho and the dancer Carmen La Parreña.

Both Fado and Flamenco music belong to UNESCO’s list of Intangible Cultural Heritage, which consists of traditions and skills throughout the world passed on within cultures. Before the outbreak of the pandemic and the subsequent lockdowns, the festival had been running every year since 2008. Click here for further details of the festival.

Cáceres, Badajoz and Plasencia summer fairs will go ahead

Three out of the four main cities in Extremadura have all confirmed the return of ‘feria’ this summer. The first up will be in Cáceres on Friday 28 May, which is a bank holiday, although it is yet to be decided how long it will last. The summer fairs of both Plasencia and Badajoz will take place in June.

This does not, however, mean the complete return of the type of fiestas that locals are used to, as some restrictions will still be in place. There will be rides and amusements for children, but no large tents with bars and discos for adults. There are likely to be tables situated out in the open air to allow the adults to have a drink.

Mérida is yet to make any announcement regarding the return of its own annual fair which is normally held in September.