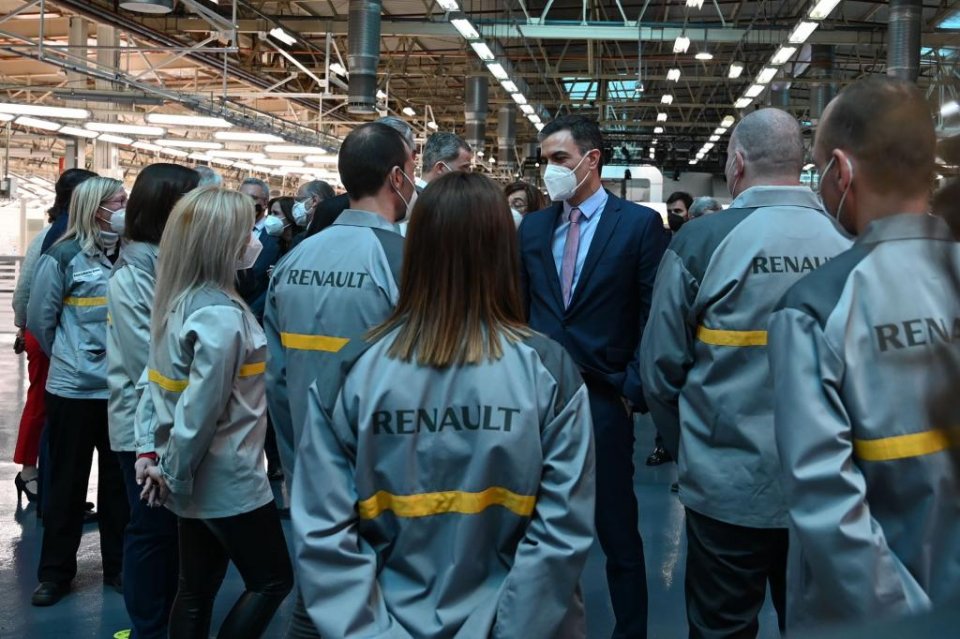 Renault has presented its plans to manufacture five hybrid vehicles in Spain, giving a significant boost to the country’s car manufacturing industry.

The presentation earlier this week was attended by Prime Minister Pedro Sánchez and King Felipe VI, who also met with company bosses, trade union representatives and workers at the factory in Villamuriel de Cerrato in Palencia, in the region of Castilla y León.

The plan intends to create a world leading hub for car electrification in Spain, generating value of an estimated 2 billion euros for the country.

The presentation by senior management at Renault, including the CEO of the Renault Group, José Vicente de los Mozos, outlined how the plan will impact on the Spanish economy.

Acknowledging that Spain is the second most important country for the company after France, the company representatives said that ‘this plan boosts the economic recovery, since it creates jobs, makes investments and strengthens the industrial fabric’.

The Renault Group currently has plants in Palencia, Valladolid and Sevilla, employing 15,000 workers directly, and creating more than 100,000 jobs indirectly through its supply chain.

The new electrification plan, to be implemented between 2021 and 2024, will create a further 1,000 permanent jobs.

The market for electric vehicles is expected to grow rapidly across the globe in the next few years, with decarbonisation driving demand away from petrol and diesel vehicles.

Renault’s plans will place Spain as a global leader in the manufacture of electric vehicles, with a solid platform to develop this important sector in the years ahead.

De los Mozos emphasised that the group’s future plans will have a zero-carbon footprint in all its Spanish activities, highlighting its focus on a ‘project that speaks of the decarbonisation of our factories’.

The Renault announcement this week follows Seat recently highlighting its ambitions to produce more than 500,000 electric vehicles at its Barcelona Volkswagen factory, as part of its plan to increase the group’s electrification output.

The shift in car manufacturing to electrification will increase in pace in the near and medium term, with the prospect of future investment and job creation in Spain if it is able to demonstrate its abilities to support this growing sector.

Renault’s presentation this week is good news for Spain’s car manufacturing sector, that has been hit significantly by Covid-19 and reduced demand over the last 12 months. Its recovery and the country’s wider economic recovery will be helped by Renault’s investment and potentially other big players in the car industry in the months ahead.

Click here for all our Business reports on Spain in English