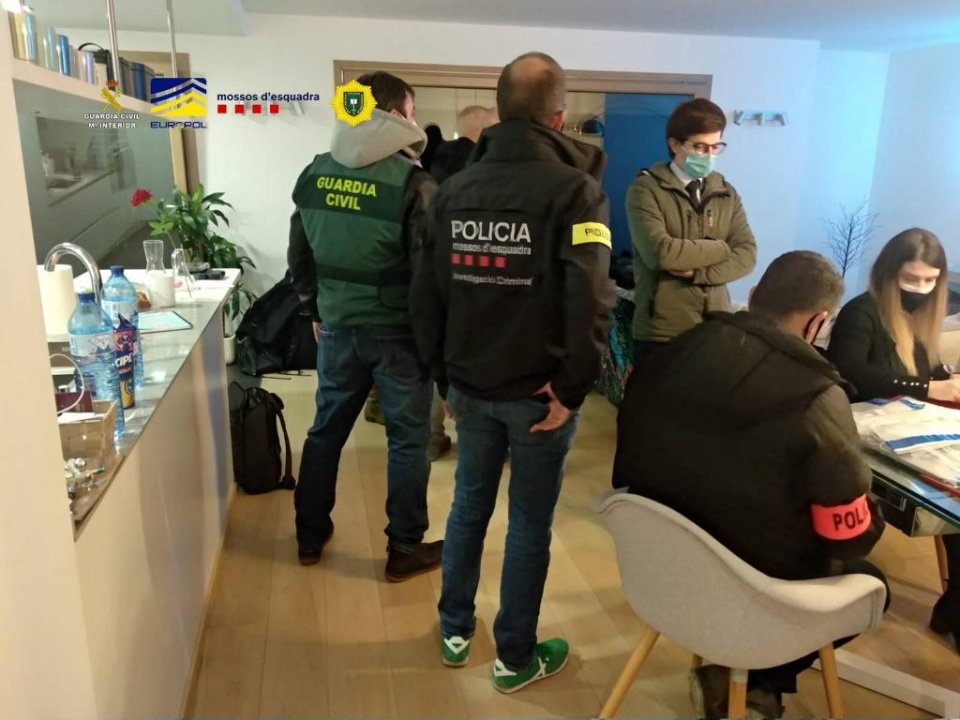 Six men aged between 20-34, including the ‘YouTuber’ and influencer Gonzalo Sapiña, were detained in an investigation into alleged fraud surrounding trading courses, as part of a joint operation involving Europol and other law enforcement agencies.

Police from Andorra, Catalonia (the Mossos d’Esquadra), and Spain’s Guardia Civil joined Europol agents in ‘Operation Forex’, making a breakthrough in an investigation of an Andorra-based company that claimed to offer training in crypto and forex investments.

The six arrests were made on 18 January and, after testifying before an Andorran court, the detainees were released with charges in a case where an alleged international fraud is being investigated.

The accused operated a company dedicated to training in investment trading, the GNZ Academy, which offers courses on its website ranging from 99 to 599 euros. Local police and Europol alleged that the company was operating a fraud that apparently ‘defrauded thousands of customers’.

Gonzalo Sapiña is an influencer who gained popularity for his classes on digital investments, promoting them on YouTube and Instagram. According to judicial investigations, Sapiña and his fellow detainees had formed a ‘pyramid scam’ based on investments of people who they recruited through trading courses – focused on short-term purchase and sale of financial products or cryptocurrencies such as Bitcoin.

Trading courses have become popular through social media channels. The platforms are used by supposed experts who offer opinions on short-term purchases and the sale of assets in international markets. Those that teach them warn that it is not advice, but rather ideas, to later avoid any type of accountability.

During the operation, agents entered and searched two chalets in Escaldes-Engordany, seizing eight vehicles, numerous electronic devices, computers, and tablets as evidence for the alleged crimes. The total sum of assets recovered in situ, taking into account ‘fiat’ currency and various cryptocurrencies – Bitcoin, Ethereum, Ripple and OmiseGo – amounted to about 70,000 euros. Several bank accounts linked to the organisation were also intervened.

After being released with charges, Sapiña uploaded a video to social media claiming that all had been a ‘misunderstanding’ and thanked the messages of support that he had received after his arrest.

The Guardia Civil and the Mossos d’Esquadra have urged any individual who has been effected by this type of activity to come forward with information.