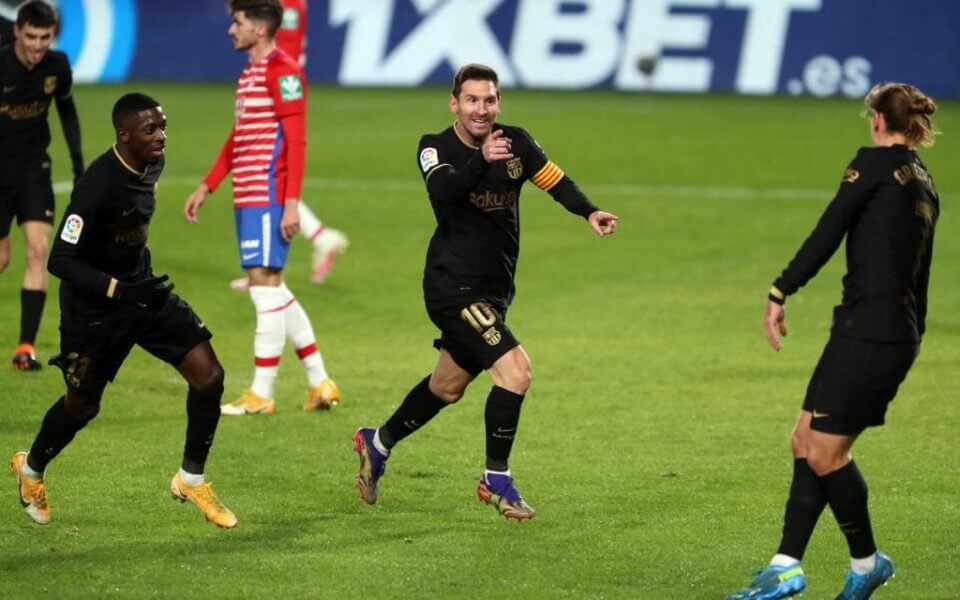 Real Madrid returned from Pamplona frustrated after failing to score at the El Sadar stadium on Saturday, where they were held to a goalless draw against Osasuna in the snow. Not only will they feel they should have won the game, but Zinedine Zidane’s side also missed out on the opportunity to go top of La Liga.

Before having even arrived in Pamplona, the Real Madrid squad were held up at the runway of Madrid airport for four hours due to the poor weather conditions. It seems that this was only a sign of things to come, as once they made it out onto the pitch, Osasuna did not make life any easier for them.

Zidane’s side came close to scoring, only to have two Karim Benzema goals ruled out for outside, but Osasuna dug in, defended well and succeeded in frustrating their opponents. It is fair to say that they were also unlucky not to have ended up on the score sheet.

Barcelona, on the other hand, were able to close the gap on their rivals by putting four past Granada with Lionel Messi and Antoine Griezmann scoring a brace each.

It took just twelve minutes for Griezmann to break the short-lived deadlock before Messi bagged two goals before the break. This now puts the Argentine top of the La Liga scoring charts with a tally of 11 goals.

Griezmann added the icing to the cake with Barça’s fourth, early into the second half, whilst Jesus Vallejo saw red for a poor challenge on Martin Braithwaite in the 78th minute.

With 34 points now under their belt, Barcelona move up to third in the table, three points behind faltering Real Madrid who sit one point adrift the surprise league leaders Atlético Madrid.

Atlético’s position could be a lot more comfortable than it seems as the red and whites have three games in hand, having played only 15 games, whilst both Barça and Real Madrid have played 18.

Their home tie with Athletic Bilbao was cancelled on Saturday due to the snow, but on Tuesday night they return to action by hosting Sevilla. This match gives them the opportunity to widen their lead at the top to four points with two further games in hand yet to play.