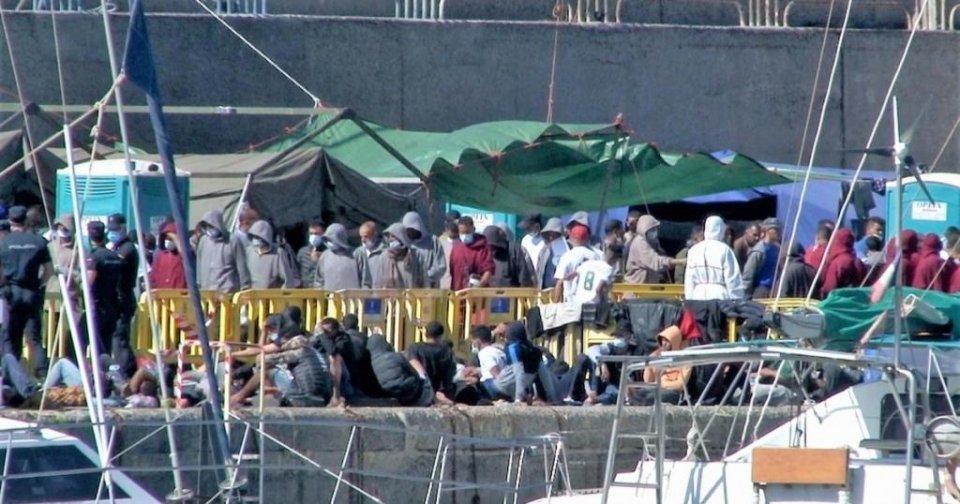 So far this year 95.5% of migrant arrivals to Spain have been by sea, in what is also seen to be a direct impact of the border closures experienced due to the Coronavirus (Covid-19) pandemic. The Canary Islands have now become the main point of entry to the country – with the archipelago experiencing figures of over 18,000 migrants – a huge increase on the numbers from 2019, which registered 2,698 arrivals.

The on-going crisis this week prompted Spain’s third largest party, the far-right Vox group, to demand a ‘naval blockade’ to prevent further migrant boat landings. Spokesman for Vox, Jorge Buxadé, demanded on Monday the intervention of Spain’s armed forces to stop the movement of undocumented migrants, urging the Spanish government to use any means at its disposal to end the ‘real immigration invasion’ and the ‘organised mafias’ responsible for it.

A tweet from Vox also claimed that, ‘More than 17,000 invaders have already stormed the Canaries from Africa and tens of thousands more will do so if the Army is not mobilised. Naval blockade now!’

Migratory routes, traditionally concentrated on the coasts of the Strait and the Mediterranean, have changed this year to the coasts of southern Morocco, and especially Western Sahara. Almost half of all people arriving by boat have made the journey from Dakhla to the Canary Islands, according to official figures. A coastal city, Dakhla is under Moroccan administration in the disputed territory of Western Sahara. At 400km from the Mauritian border, it is also found 400km due south of the port of Arguineguín on the island of Las Palmas de Gran Canaría – an area which has recently seen one of the greatest migrant influxes.

The dramatic surge in numbers has put increased pressure on NGOs who have expressed their worry at the lack of capacity. The Red Cross temporary holding facility at the quay of Arguineguín is struggling to deal with the volume of migrants, adding that the crowded conditions are constituting serious health hazards.

Last week, in what has been described as an ‘error’ by Spain’s interior ministry, over 200 migrants were released on the island of Las Palmas without being registered or having temporary accommodation provided for them. Understood to be the result of miscommunication and lack of co-ordination between local authorities and the central government in Madrid, the mayor of Mogán, Onalina Bueno, expressed her concern for the treatment of the migrants, a concern also reflected in the public protests that have been taking place on the island.

According to the Migration State Secretary’s Office, there are currently around 4,000 migrants in temporary living arrangements in hostals and tourist accommodation throughout the Canary Islands. Proprietors on the islands have voiced unease regarding the temporary arrangements, both for the migrants as well as their need for salvaging some income from the winter tourist season. With the huge economic effect Covid-19 has had on this sector, they are keen to have available accommodation for any potential tourism on the islands.

Regional authorities in the Canary Islands have expressed the need for more adequate support from the Spanish government. However, a recent request to transfer arrivals from the Islands to mainland Spain in order to ease pressure on the region’s shelters has so far been denied. Ruling out the option, the interior ministry argued that it would encourage more migrants to enter the country, in what is referred to as the so-called ‘pull effect’.

It is estimated that half of the number of undocumented migrants landing on the islands this year are Moroccans and Algerians, many of whom are looking for work and are so referred to, by EU terms, as economic migrants and not refugees. As a result, they are not eligible for asylum status and so will result in deportation. Obliged to follow European Union guidelines on migration, the Spanish government must follow the procedure which outlines that deportation cannot happen without first going through a process of repatriation. This process has been further complicated due to Covid-19, resulting in mounting delays.

In response to the current situation on the Canary Islands, Spain’s Interior Minister Fernando Grande-Marlaska travelled to Rabat in Morocco on Friday, where he had a meeting with his Moroccan counterpart, Abdelouafi Laftit, with the aim of strengthening co-operation between the two countries on migration matters.