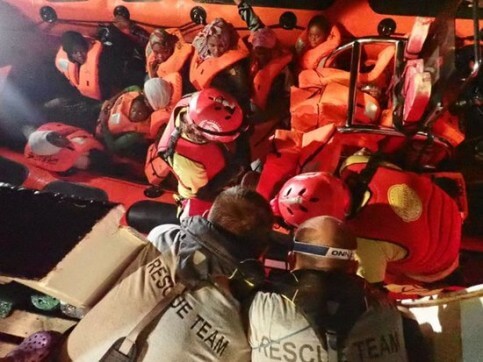 The rescue ship of the Proactiva Open Arms NGO based in Badalona, north of Barcelona, picked up 40 migrants stranded in the Mediterranean Sea on Sunday, four of them children, the organisation has reported.

The NGO’s founder, Oscar Camps, said the migrants were traveling in a small wooden boat in Maltese waters when they were picked up.

The ship is however currently stranded as authorities in Malta are refusing to allow the migrants into their borders.

The vessel is back in action after being temporarily impounded in the Italian island of Lampedusa in August, where it disembarked over 160 migrants after an ordeal that lasted 19 days while it waited to be granted a safe port to dock.

The stand-off in August between the ship loaded with increasingly desperate migrants it had picked up off the coast of Libya, and the Mediterranean powers reluctant to grant the vessel a safe port, sparked a debate on Europe’s migrant crisis in the international media.

Open Arms has been a constant thorn in the side of Mediterranean countries like Spain and Italy, which do not want to take charge of the stranded people it rescues. However, the organisation has also received a number of plaudits for its rescue efforts.

On 11 September, for example, Camps, along with Carola Rakete, the German captain of the Sea Watch 3 rescue ship of the Sea Watch NGO, was awarded the Catalan Parliament’s Medal of Honour for ‘saving thousands of people from imminent death’.

According to the International Organisation for Migration (IOM), the Mediterranean Sea has now become the world’s deadliest border, with some 597 deaths registered so far this year, between 1 January and 28 June.

Since 2017, Proactiva Open Arms has rescued hundreds of people stranded at sea, and in January the organisation received the Gold Medal for Civic Merit from Barcelona City Council, and in 2016 was awarded the EU’s European Citizen’s Prize.