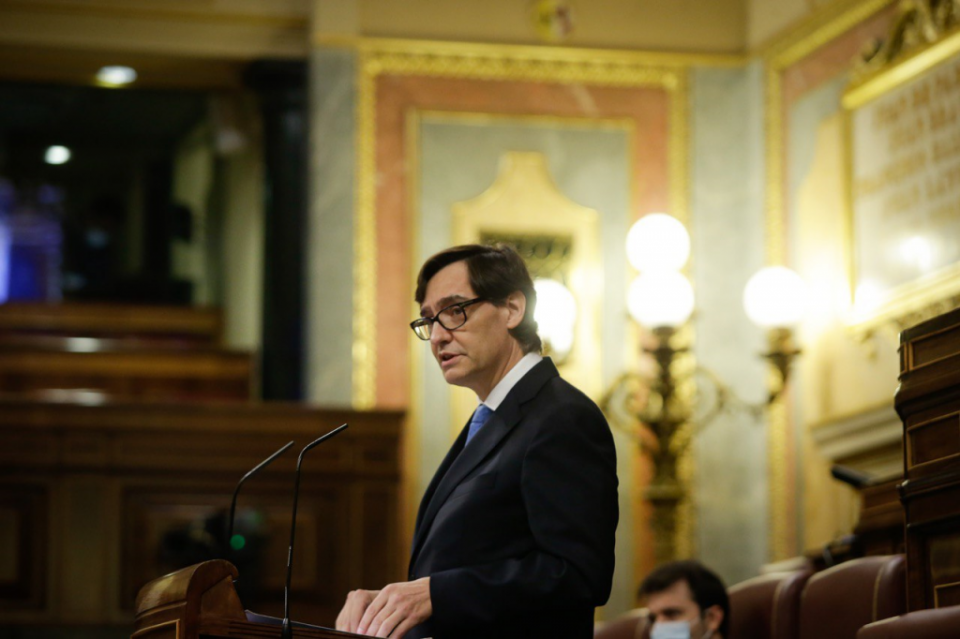 Spain’s Health Minister Salvador Illa has said that ‘if all goes well’, then ‘a significant percentage’ of Spanish citizens could be vaccinated against Coronavirus (Covid-19) by May 2021 – which is also when the current state of alarm is officially due to end.

Illa made the remarks during an interview with Spanish national broadcaster TVE, also following on from the statement from pharmaceutical group Pfizer earlier this week, announcing that the vaccine it is developing has so far proved to be 90% effective during trials.

The minister said that in the coming week he hopes to sign ‘some more contracts’ to purchase vaccines, including with Pfizer.

The news was further confirmed by Spain’s government spokeswoman, María Jesús Montero, at a press briefing on Tuesday. She said that if the Pfizer-BioNTech vaccine passes all the controls, the forecast is that Spain will receive 20 million doses to vaccinate 10 million people – as two doses are required. It will be administered free of charge and priority will be given to people determined by the Ministry of Health, the regional governments and scientific experts. Health Minister Illa had suggested that healthcare workers and the elderly would be the first to be administered the vaccines. There are more than nine million citizens aged over-65 in Spain, and around 500,000 healthcare workers. Spain has a population of approximately 47 million.

In October, Illa had also announced that by the end of this year, Spain would also have its first batch of 3 million doses of vaccine from Astra-Zeneca.

Spain’s Science and Innovation Minister, Pedro Duque, speaking at the same press briefing on Tuesday, said that he believes the first vaccines will finally arrive in Spain in January and that negotiations with Pfizer are now down to ‘the last details’. He also expected a contract to be signed ‘in a few days’.

Duque stressed that research is essential in the fight against Covid-19, and highlighted that numerous projects are also being carried out in Spain.

Duque described the news regarding the Pfizer vaccine as ‘encouraging’, while defending the validity and continuity of the dozen Spanish projects aimed at also discovering a vaccine, because they involve ‘different technologies to those that are being commercially developed’. He said that it was ‘likely’ that their own clinical trials would begin from January..

ALSO READ: 3m doses of Covid-19 vaccine could be available in Spain from December