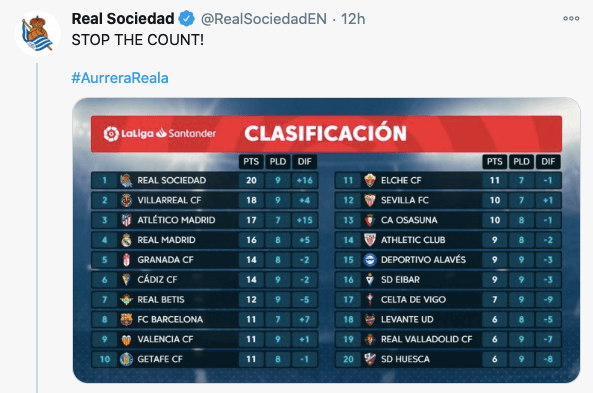 Carlos Soler scored a hat-trick of penalties for Valencia as the team won 4-1 at home against La Liga champions Real Madrid on Sunday.

After Karim Benzema put Madrid ahead, Valencia eventually equalised with what would become the first of Soler’s three penalties, after a re-take was ordered after a VAR review.

Valencia then went into the lead before half-time via an own goal from Raphael Varane – again, after another VAR review.

Soler became only the third player in the history of La Liga to score three penalties in a single match.

Earlier on Sunday, Real Sociedad beat Granada 2-0 to return to the top of La Liga. The club tweeted ‘STOP THE COUNT!’ to mimic the tweet from Donald Trump last week, disputing the results of the US election.

US group Pfizer says its Covid-19 vaccine is 90% effective