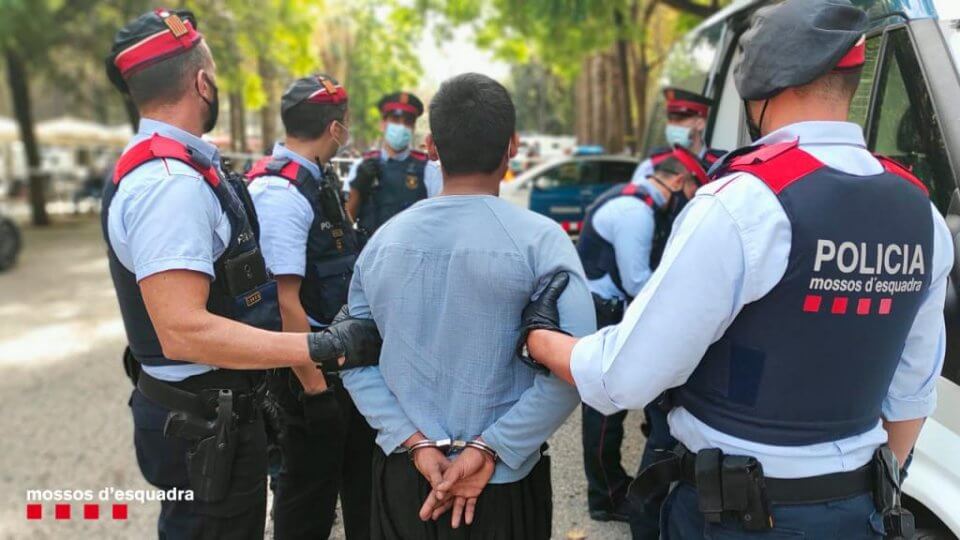 Nearly a thousand officers from the Catalan police (the Mossos d’Esquadra), the Spanish National Police and Barcelona’s local police, the Guàrdia Urbana, took part in an operation against alleged drug trafficking this week that has so far led to the arrest of 61 people. The arrests follow 35 raids on properties in Barcelona, and three in Badalona, Cornellà and El Prat de Llobregat.

Agents from the Spanish National Police are also investigating crimes related to human trafficking, parallel to the same operation. The overall investigation remains open and further arrests are not ruled out.

The operation follows a year of investigation into what the police believe to be ‘three branches of a consolidated criminal network’ of drug trafficking, mainly of Romanian, Pakistani and Nigerian nationalities, operating in the centre of Barcelona and specifically the Raval district.

The operation is the culmination of a joint police investigation that began in mid-August 2019, just one month after the previous ‘de-activation of 36 drug warehouses’ and the arrest of 53 people who were part of different groups engaged in drug trafficking in the area.

With the 61 arrests made this week, police have also uncovered 6.5kg of drugs, including heroin and cocaine, more than 2kg of amphetamines and 350 marijuana plants. The drugs involved have an estimated illicit market value of €550,000. Police also found €71,000 in cash.