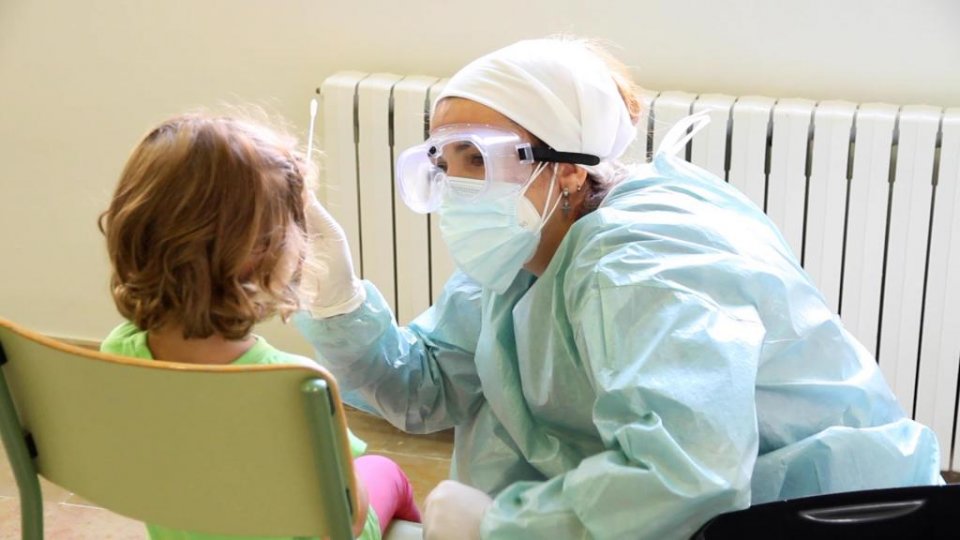 The Catalan health and education authorities have begun to expand a PCR testing programme for Coronavirus (Covid-19) at schools across Catalonia, as part of a plan to still carry out half a million tests at education centres by mid-November.

Screenings took place on Tuesday in Barcelona and in L’Hospitalet de Llobregat as part of a first phase plan to carry out 20,000 PCR tests in schools by the middle of October.

The aim of the screenings is ‘detecting asymptomatic cases in schools and identifying and cutting transmission chains’, explained the director general of Catalan public schools, Josep Gonzàlez-Cambray, whilst speaking to the media outside Barrufet School in Barcelona. About 500 tests were carried out there on Tuesday.

He explained that the initial phase of the screening programme was to get the ‘maximum information possible to make the best decisions’, ahead of expanding the testing. The plan to carry out 500,000 PCR tests by mid-November was announced in August by the now disqualified Catalan president, Quim Torra.

The tests are not only to examine what’s happening inside schools, but outside too, said Jacobo Mendioroz of the Catalan Public Health Agency, stating that schools are a ‘mirror image of what happens in the community’.

ALSO READ: Ban on social gatherings of more than 6 people now in place in Catalonia

Mendioroz said that the testing method being employed is a nasal smear technique, slightly less aggressive and more suitable for children than a nasopharyngeal PCR. The latter is a more effective method, however, which will continue to be used in cases where people have Covid-19 symptoms.

Students who test positive will also undergo a serological test to detect if they have developed antibodies against the virus, which would indicate that the infection has passed. This could prevent whole classes having to self-isolate.

Since the recent start of the new academic term, González-Cambray said that there had been ‘a lot cases because the virus is present in society’. He acknowledged that the protocols in some cases have not worked perfectly, and that they need to be adjusted.