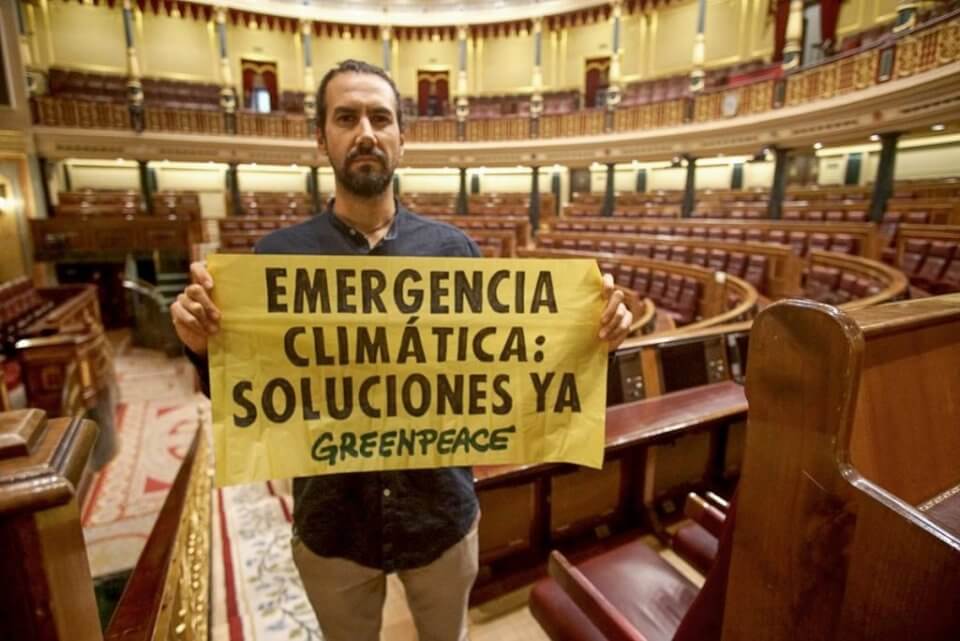 Three environmental groups and charities – Greenpeace, Ecologists in Action and Oxfam – have launched a joint lawsuit against the Spanish government, accusing it of not taking enough action to tackle climate change.

Similar actions have previously been launched by green groups in other countries in Europe, including France, Germany and the Netherlands, where the Dutch government lost a case on cutting greenhouse gas emissions in 2018.

‘There is only one path to avoid devastating climate change: reducing CO2 emissions drastically and quickly and speeding up the ecological transition,’ said the president of Greenpeace in Spain, Mario Rodriguez, in a joint statement from the three groups.

The lawsuit has been filed at the Spanish Supreme Court, seeking a judicial order to require the government to ‘increase its climate ambition’ and thereby comply with its international environmental commitments.

Greenpeace, Ecologists in Action and Oxfam allege Spain is not doing enough to meet its climate objectives and respect the landmark Paris climate deal, which aims to cap the rise in temperature globally to ‘well below’ two degrees Celsius above pre-industrial levels.

It is the first ever climate lawsuit against the Spanish government, the statement added.

The PSOE–Podemos coalition government in Spain led by Prime Minister Pedro Sánchez has previously declared a ‘climate emergency’ and aims for 70% of the country’s power to come from renewables by 2030 on the way to a 100% clean electricity system by 2050.

Whilst this is in line with the EU’s ambition to be carbon neutral by 2050, environmentalists say that progress has been too slow.

ALSO READ (4/12/19): COP25 focus: travel and tourism must transform to survive and thrive

A group of NGOs including Greenpeace and Oxfam launched a similar lawsuit against the French government in December 2018.

In October 2018 the Dutch government lost an appeal against a ruling which ordered it to slash greenhouse gases by at least 25% by 2020.

Environmental rights group Urgenda fought the successful case on behalf of some 900 Dutch citizens who accused the Netherlands of doing too little to prevent dangerous climate change.