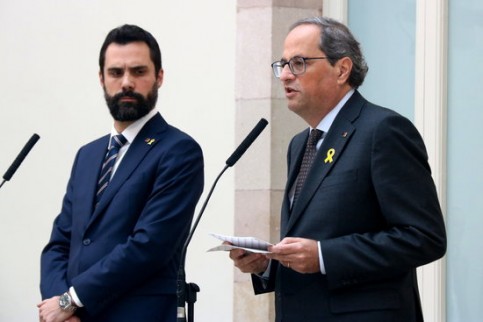 The phone of the Catalan Parliament speaker, Roger Torrent, together with two other Catalan pro-independence activists, was targeted using spyware that experts say is only sold to governments to track criminals and terrorists, according to a joint report by The Guardian and El País newspapers.

According to the joint investigation, the spyware exploited a weakness in WhatsApp software that gives potential access to everything on a targeted cell phone, from emails, text messages to the camera and recorder – thereby giving the possibility of turning the phone into a spying device.

Torrent is a member of the left-wing Esquerra Republicana (ERC) party and is one of the most senior politicians in Catalonia. He believes Spain is behind the spying and accuses the state of ‘dirty war’ against its political opponents.

‘[These revelations] confirm the fears or ideas that we pro-independence campaigners had about the state being prepared to use all the mechanisms at its disposal to go after a legitimate political project,’ Torrent told The Guardian and El País in a joint interview.

Click here for all our previous reports on the Catalan Trial, verdicts and sentencing