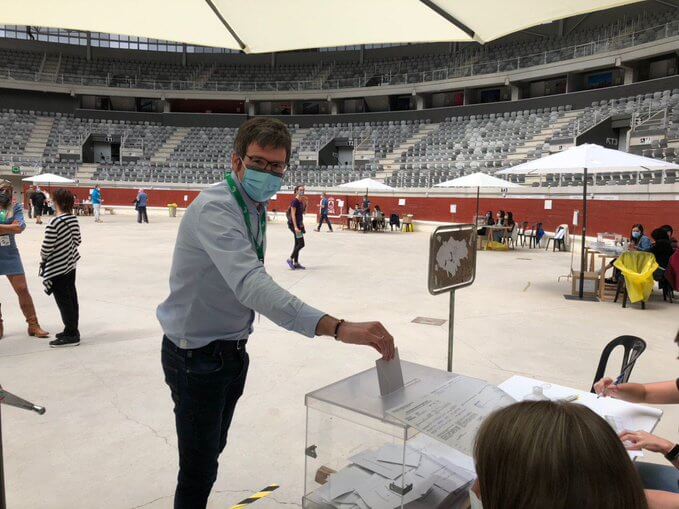 The northern regions in Spain of Galicia and the Basque Country held regional elections on Sunday – the first since the onset of the Coronavirus (Covid-19) pandemic, with many voters wary of new spikes in infections.

People who had tested positive for Covid-19 were not permitted to vote, which officially excluded 420 citizens from a total of about 4.5m across the two regions.

The regional elections were due to be held on 5 April but were postponed as Coronavirus spread across Spain, and which has left over 28,400 people dead to date.

According to early results, the right-wing People’s Party (PP) were set to retain power in Galicia, and the Basque Nationalist Party (PNV) expected to hold on to the Basque Country.

The decision by both regional governments to ban Covid-positive citizens from casting their ballot sparked criticism over the legality of denying the right to vote based on a medical condition.

ALSO READ: Opinion: Will the Basques be next?