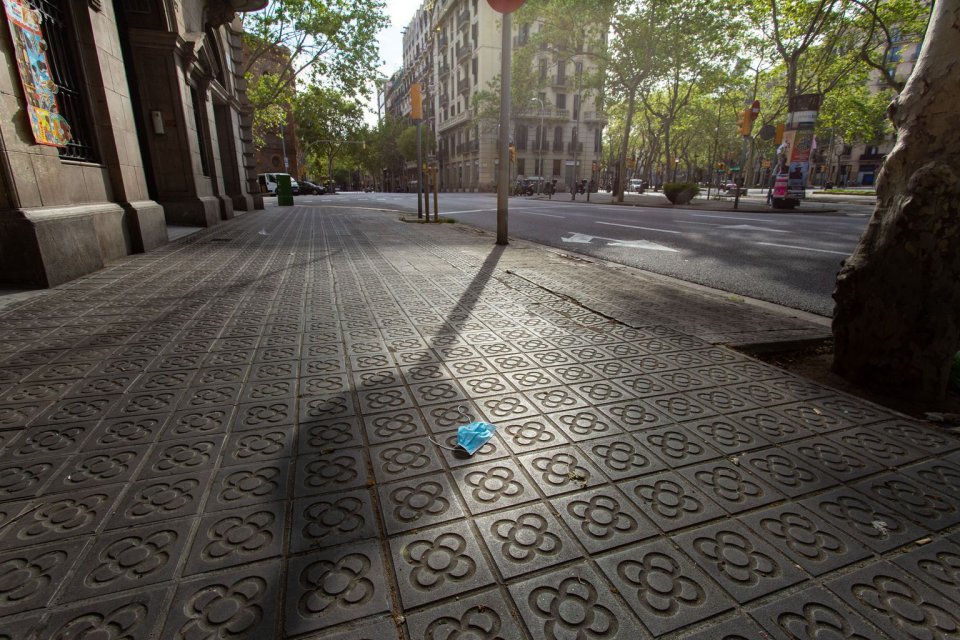 Antoni Gaudí’s Park Güell is at the top of my street. I used to walk up there some evenings after the tourists had left and look down upon Barcelona. I would see the flickering lights of the city, the moonlight on the Mediterranean, Collserrola mountain range and in the distance, airplanes taking off and landing at the airport.

On this evening’s walk, after about two months of Covid-19 quarantine, when we were allowed out to exercise, there were no planes at all. No one will be visiting for a while.

The dead still mount, but the curve is flattening, and the crematoriums are no longer backlogged. Not as many ambulances speed past my home towards the hospital at the end of the street, sirens blaring. My nightmares have stopped. The one I had a month ago when I dreamt of the city as Dresden after the fire-bombing, with me collecting and piling corpses on smouldering pyres, left me shaken. The waves of sorrow that often gripped me as I walked the empty streets have lessened.

I got a Covid-19 antibody test. They’re hard to come by. But as I had been slightly ill with a chest infection over two months ago and home delivering medicine to the vulnerable throughout the quarantine, they said I had earned it. It came back negative. On the one hand was a relief, but on the other was a concern. A positive result may have conferred immunity. It would have meant I was a survivor.

We are permitted to exercise in the mornings and evenings albeit with the police urging people to move on if they linger with their friends on street corners or in the plazas. I have walked. I have ridden my bicycle, after inflating its tyres as they became flat as it lay unused in the corridor.

All professional sports, however, are on hold. They talk of starting La Liga again in June, with a few games every day behind closed doors, but I am not so sure while players keep testing positive for the virus. If they cancel the season and start over again after summer, my team RCD Espanyol, who were in last place, will not get relegated.

It is nice to have human contact again. I got my haircut from my local barber, who I wisely last visited the day before the quarantine, intuitively feeling that it would last the initial two weeks. We can buy takeaway food from restaurants if we can find one open. But we can’t sit on their terraces yet. Not in Barcelona. A friend and I have arranged to have chance encounters as he walks his dog, just so we could have a conversation face to face – or should that be mask to mask – still maintaining our distance.

And even though in the last two months in Barcelona, the official numbers say one in a hundred of us got the virus and one in a thousand of us died, we can feel a change. The 8pm applause for the healthcare and support workers continues. It is with less gusto, but we will never forget them.

People have stopped jogging and dancing on their balconies. I no longer say ‘ten cuidar’, take care, to the checkout clerk at the supermarket, as she swipes my purchases behind the plastic screen. I say ‘gracias’ as I always used to, but I still give her a smile and get one back. You can tell even behind the masks. It is all in the eyes.

Things are slowly normalising. On that evening walk, on a cold and rainy Sunday I saw things I had not seen for nearly two months. A man laughing heartily into his mobile phone. A young couple kissing under their umbrella. Even a pickpocket getting thrown out of a train station by the guards. But people still yell at other pedestrians if they walk too close to their kids.

On the way down from the park, I saw Sagrat Cor Basilica atop Mount Tibidabo, lit up in the night sky. Even for the non-pious, as it shone in the gloom, it seemed to be some kind of beacon, to offer some kind of hope. Perhaps that is all it is supposed to be about.

And I thought about the future and of the one hundred thousand children that have been born in Spain since the Covid-19 quarantine began. How, when they grow up and grow old and read the history books, they will note the year and note these months and they will say to each other, ‘We were there.’

Lorne Walker-Nolan is a lecturer at ESADE School of Law in Barcelona.

One day more, one day less

Coronavirus in Spain full update (12 May)

Ryanair plans to restore 40% of flights from 1 July