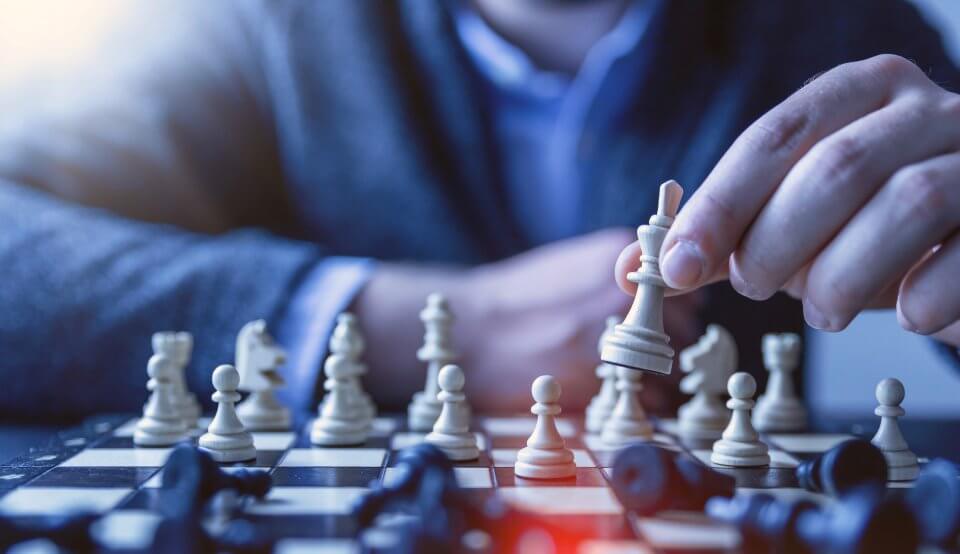 I am the reigning chess champion of my family. As teenagers, my older brother and I would play constantly and he, the family tactical and strategic genius, would win – always. But one day – locked indoors on a wintery Melbourne afternoon – I don’t know why, and I don’t know how, I beat him. Quickly and convincingly.

I became the family champion and remain so to this very day – only because I refused to play him again. He begged me, implored me and eventually got me in a headlock and wrestled me to the ground for another game but I stood firm and did not budge. There was no rematch, ever. I was convinced that if we never played again, I was ‘The Champion’ and always would be.

Of course, competitive chess and other competitions and sports don’t work like that. Champions only reign until the next championship. Politics in democracies work like that, too. Periodic elections whereby parties and individuals are voted in and, if they don’t perform, are voted out, are fundamentals. No party and nobody should be guaranteed a permanent tenure. Yet constitutional referendums often have seemingly onerous obstacles to overcome before a result is considered acceptable.

In my country, Australia, for a constitutional amendment to be approved, a double majority must be achieved. That means a simple majority of those voting nationwide (50% +1), together with an additional majority of states (4 out of the 6 states). Moreover, voting is compulsory.

The constitution of Andorra, which was drafted on the advice of Catalan constitutional scholars and recently recently celebrated 25 years since its ratification, stipulates that ‘revision of the Constitution shall require the approval of the General Council by a majority of two-thirds of the members of the Chamber’. It is then submitted to public referendum for ratification.

In the Caribbean the rare constitutional right exists for the island of Nevis to secede from the two-island federation with St Kitts, in the event of a two-thirds majority in a referendum.

Even so, the two-thirds majority required by Nevis, although seemingly strict, if achieved with a 75% electoral participation would mean that a mere 50% of the electorate would be in favour of secession. Even then hardly a comfortable majority.

Ethiopia permits every nation, nationality and people within its borders the right to self-determination, including the right to secession. Under Article 39 of its constitution the conditions are:

So why so onerous?

Constitutional referenda have an aura of importance and permanence and the result, once done, is difficult to undo. Prominent British scientist and author Richard Dawkins, not noted for his deliberations on constitutional law, nonetheless added this to the argument shortly after the Brexit referendum. He told BBC’s Newsnight: ‘Constitutional amendments are – or should be – hard to achieve. Unlike ordinary law-making, constitutional changes are for keeps. Voters are fickle, opinions change. We have no right to condemn future generations to abide, irrevocably, by the transient whims of the present.’

The Brexit referendum had 51.9% of the participating UK electorate vote to leave the EU, out of a turnout of 72.2%. Not only is that less than 37.5% of the total UK electorate in favour of Brexit but neither Scotland nor Northern Ireland, two of the four constituent nations of the UK, nor the capital and largest city London voted in favour of Brexit.

The procrastinations and protests we are seeing now are a direct result of achieving this unconvincing ‘majority’. It is not the ‘will of the people’ as some would have you believe. In Catalonia, even ex-president Artur Mas and more recently activist/coach Pep Guardiola have recognised the need for more than a mere simple majority.

It is also important to consider how often such referenda should be held. The 2014 Scottish referendum was touted as one in a generation. A hard Brexit may change that. Like my childhood chess games, should they be convoked time and time and time again until victory is achieved and then never again? Or only when supporters have a majority? Should there be reintegration provisions if post referendum an anti-independence minority became the majority again?

The Scots had a pragmatic approach. First Minister Nicola Sturgeon believes that a second independence vote should only be convoked when there is ‘clear and sustained evidence’ that a majority of Scottish voters support independence. Sources within the SNP suggest that there must be opinion polls showing 60% support for independence for at least a year. Sturgeon has said, ‘Setting the date for a referendum before a majority of the Scottish people have been persuaded that independence [is] the best future for our country is the wrong way around.’

Lorne Walker-Nolan is a doctoral candidate in International Constitutional Law at the Universitat Autònoma de Barcelona and a lecturer in law at ESADE School of law and Universitat Abat Oliba.

One day more, one day less

‘Up on the Roof’ – surviving lockdown from above