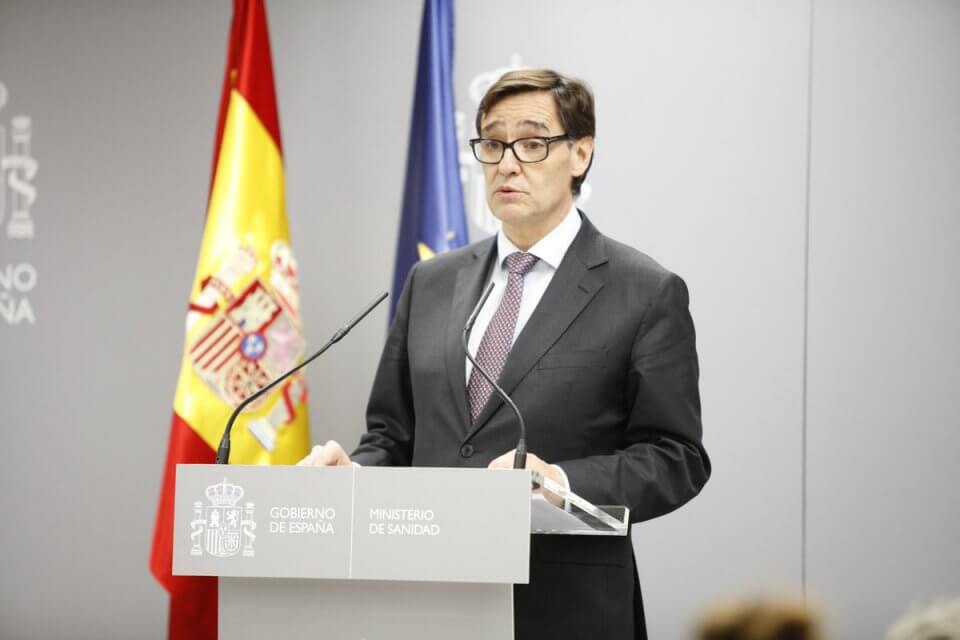 With the whole of Italy in lockdown over the Coronavirus (Covid-19) epidemic on Tuesday, Spain has now banned all flights arriving from Italy at least until 25 March, with the measure coming into force from midnight.

At 1pm on Tuesday 10 March, the official figures released by the Spanish Health Ministry were 1,622 people confirmed to be infected with Coronavirus, and 35 deaths.

With regards the ban on flights from Italy, there will be exceptions made for government aircraft and planes carrying medical or humanitarian aid, as well as to non-commercial stopovers.

More than 106,000 flights from Italy arrived in Spain during 2019, with some 16m passengers accounting for about 9% of Spain’s international traffic.

The Spanish Congress has also cancelled all plenary sessions and parliamentary committee meetings scheduled for this week due to concerns over the epidemic, and all extra-parliamentary events have been suspended indefinitely.

This was announced after Javier Ortega Smith, general secretary of the far-right Vox party, tested positive with Coronavirus on Tuesday. The Vox party held a mass indoor rally at the Vistalegre arena in Madrid on Sunday, with an estimated 9,000 people in attendance.

The Spanish government has also banned for a month any public events taking place in Madrid, La Rioja (in northern Spain), as well as Vitoria and Labastida in the Basque Country, that could attract more than 1,000 people. In the rest of the country, the government will currently evaluate whether to ban mass-attendance events on a case-by-case basis.

From Wednesday 11 March, all schools and colleges in the Madrid region, from kindergartens to universities, will be closing for two weeks due to the Coronavirus outbreak. The measure is expected to affect affect more than 1.5m students. The decision was announced by Isabel Diaz Ayuso, leader of the Madrid regional government.

The decision was taken after the number of Coronavirus infections had risen to 782 in the Madrid region, more than half of the 1,622 cases confirmed in the whole of Spain. As of Tuesday afternoon, a total of 21 people have died from Covid-19 in Madrid, of the 35 overall in Spain, with 101 people still in intensive care.

Figures released via a tweet from the Spanish health authorities at 1pm on Tuesday, showing a total of 1622 people infected with Coronavirus across the whole of Spain, with 782 in Madrid alone:

Schools will also be closing in Álava and Labastida in the Basque Country, affecting a further 50,000 students in those areas. La Rioja has also shut all schools for 15 days. The first Coronavirus death was announced on Tuesday in La Rioja, after a 73-year-old woman who was admitted to hospital on Saturday died.

The school closures in Madrid and the Basque Country were announced on Monday night, a day after demonstrations were held throughout Spain on the occasion of International Women’s Day, which saw 120,000 people take to the streets of Madrid, and 50,000 in Barcelona.

The school closures also conflict with initial arguments put forth by Fernando Simón, director of the ‘Coordination Centre for Health Alerts and Emergencies’, which reports to Spain’s Health Ministry – and who had argued that such measures could actually be counterproductive.

On Tuesday Spanish Health Minister Salvador Illa also made recommendations for ‘social-distancing’ measures in the areas with ‘high transmission’ rates – Madrid and Álava. He recommended businesses should establish reduced working hours and to consider asking employees to work from home. He also recommended people to reduce their travel plans.

In Catalonia, health authorities announced 24 new Coronavirus cases on Tuesday, bringing the total number of cases confirmed there to 125. There are 18 people in a serious condition.

There have been three Coronavirus-related deaths in Catalonia; an 87-year-old woman died on Friday, and the deaths of a 97-year-old man and an 88-year-old woman were announced on Monday.

As for sporting fixtures, the Europa League match between Roma and Sevilla will be played behind closed doors on Thursday in the southern city of Seville.

Earlier on Tuesday, FC Barcelona confirmed that their Champions League match against Napoli at Camp Nou on 18 March would be played in front of empty stands. Around 5,000 Italian fans had bought tickets for the match in Barcelona.

Spain’s La Liga also confirmed on Tuesday that first and second division matches would be played behind closed doors for at least two weeks due to the Coronavirus outbreak.

‘According to information from the High Sports Council (CSD), La Liga Santander and La Liga SmartBank matches will be played behind closed doors from today and for at least the next two weeks,’ La Liga’s statement read. ‘La Liga will remain in permanent contact with the Ministry of Health and the CSD to meet their recommendations and/or decisions, and put first the health of fans, players, club employees and journalists during the health crisis of Covid-19.’