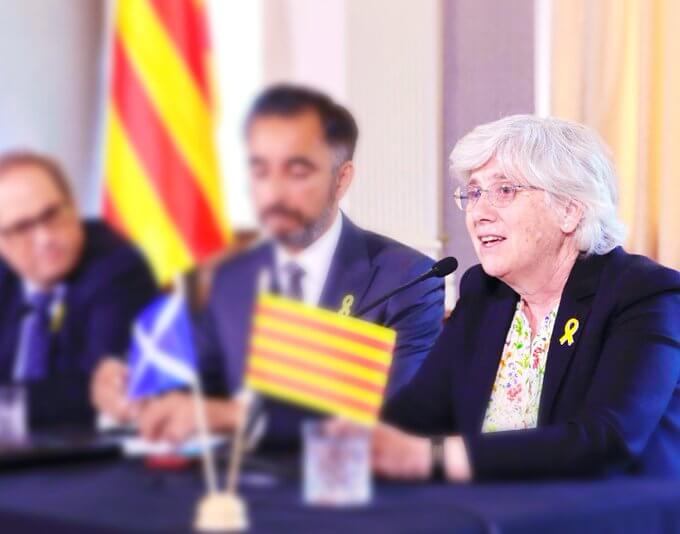 The European Parliament has officially recognised as an MEP the former Catalan education minister Clara Ponsatí, who is currently living in Scotland and awaiting an extradition hearing.

Ponsatí is fighting extradition after a new European Arrest Warrant was issued by the Spanish authorities on charges of sedition for her role in the October 2017 Catalan independence referendum. The MEP status could also affect the extradition hearing, scheduled to start from 11 May in Edinburgh.

On Friday the EU Parliament accepted Ponsatí as one of those who benefit from the seats left vacant by UK MEPs after Brexit. Britain officially left the European Union at midnight on Friday.

From 1 February, the EU Parliament now has 705 seats, compared with 751 (the maximum allowed under the EU treaties) before the UK’s withdrawal from the EU.

Of the UK’s 73 seats, 27 have been redistributed to other countries, whilst the remaining 46 will be kept in reserve for potential future enlargements. Ponsatí’s name now appears on the list of new MEPs.

Ponsatí had been summoned to Madrid in order to take the constitutional oath, an essential step in Spain’s legal framework in order to take up any seat. She remained in Scotland, however, and so the JEC declared her seat ‘temporarily vacant’.

The Court of Justice of the European Union (CJEU) ruled in December, however, that the MEP status ‘is acquired by virtue of the official declaration of the election results’ even when some member state makes extra requirements such as taking an oath.

This ruling resulted in the former Catalan president Carles Puigdemont and former minister Toni Comín finally being able to take up their MEP seats. However, despite also granting him MEP status, the EU Parliament then finally reversed its decision for the jailed Catalan leader Oriol Junqueras.

Ponsatí plans to take up her seat in the next EU chamber plenary session, beginning on 10 February in Brussels.

ALSO READ: Clara Ponsatí to oppose extradition ‘robustly’, as ‘not a crime to vote for independence’

Brexit has finally happened … but what happens next?