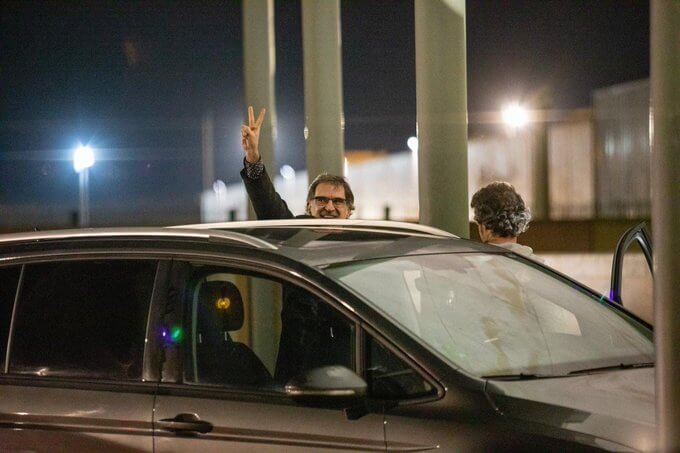 Jordi Cuixart, the jailed Catalan activist and head of the civil society Òmnium Cultural group, left prison on Thursday evening after being granted 48 hours leave, as he has already completed a quarter of his 9-year sentence.

Òmnium Cultural confirmed that Cuixart had left Lledoners prison and that during the 48 hours, he would not be participating in any public events.

Jordi Sànchez, former head of the pro-independence group Catalan National Assembly (ANC), has also been given a permit to leave prison but has not yet used it.

According to the prison regulations to which Cuixart and Sànchez are subject to, they are allowed to apply for up to 36 days of leave per year, once a quarter of their sentence has been served.

Applications for leave that are up to two days are authorised by the justice department, whilst those for up to seven days require authorisation from a special judge.

Sànchez and Cuixart led a protest outside the Catalan economy department in Barcelona on 20 September 2017, as a response to Spanish police raids against the referendum organisation. No-one was injured, but the protest was considered a ‘tumultuous’ one, for which they were charged with sedition, and then rebellion. The two men maintain that all pro-independence demonstrations over that period were peaceful.

Cuixart is the only jailed Catalan leader who has never held a political post. He spent 728 days in preventive detention prior to sentencing. He was found guilty of sedition on 14 October 2019 and is currently serving 9 years in jail.