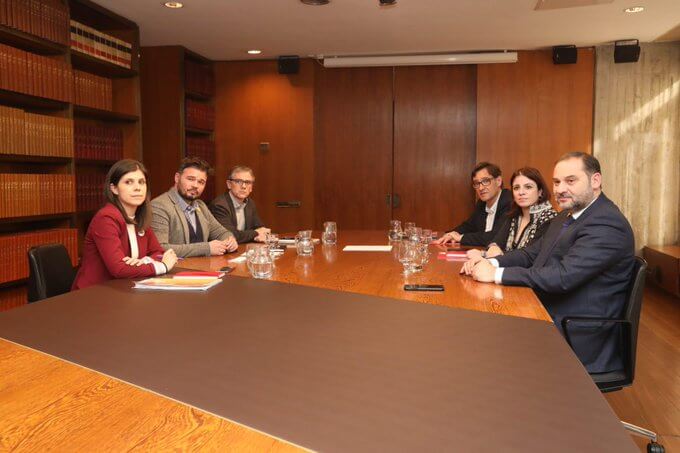 Negotiations to form a new Spanish government have seen another inconclusive meeting between the Socialists (PSOE) party and the Catalan pro-independence Esquerra Republicana (ERC) party on Tuesday.

A simple joint statement after officials met in Barcelona for the third time since the 10 November general election – the fourth in four years – stated: ‘We see advances in the definition of the necessary tools to channel the political conflict over Catalonia’s future, which we hope to address through mutual respect and recognition.’

After months of political fallout, the PSOE and ERC must overcome their differences if they are to reach a deal that ends the deadlock in Spain and prevents yet another general election.

The PSOE’s 120 seats, combined with the 35 won by the left-wing Podemos party – and with whom they have already signed a pre-agreement to form a coalition government – leave them short of the majority in the 350-seat Spanish Congress. The re-election of socialist leader Pedro Sánchez as prime minister is in the hands of ERC’s 13 MPs.

Whilst the alliance between the PSOE and ERC was difficult enough in the past, the conviction of ERC chief Oriol Junqueras and other Catalan leaders to lengthy prison terms make negotiations even more difficult now.

Last week, Sánchez angered ERC officials by stating in a press conference on the sidelines of the COP25 Climate Conference in Madrid that, ‘any agreement will be made public and will always be ascribed to the democratic legality, the Spanish constitution, and Catalonia’s Statute of Autonomy.’

The mention of the constitution was enough to upset the ERC party and they even considered leaving the negotiation table – which could still lead to a third general election in less than a year.

The relationship between the PSOE and Catalan pro-independence parties is anything but easy: whilst they came together to oust the right-wing Mariano Rajoy from power in 2018, discrepancies on the Catalan issue led to a snap general election 28 April with inconclusive results. One month ago, the results of the 10 November general election saw a stunning rise of the far-right Vox party and put renewed pressure on left-wing parties to form a government.