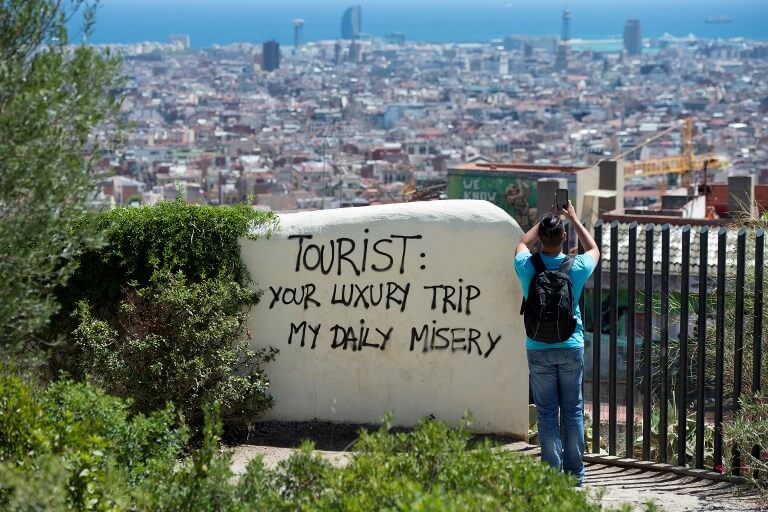 The travel and tourism sector, with its significant economic and social benefits, has no choice but to transform to survive and thrive in the face of climate change, said UN Climate Change Executive Secretary Patricia Espinosa at COP25 to industry representatives.

This year’s UN Climate Change Conference, known as COP25, started in Madrid on Monday. The Spanish government offered to host the event after its original host Chile withdrew last month due to riots over economic inequality.

In 2018, the travel and tourism industry generated 10.4% of the global GDP – or more than $8.8 trillion – but climate change puts those  numbers, and more, at risk.

The travel and tourism industry also accounts for around 8% of global greenhouse gas emissions that are contributing to climate change.

ALSO READ: ‘Too much tourism’ on agenda at Madrid tourism fair

‘Thanks to this sector, millions of people have been able to explore new destinations, reunite with family and friends, and fulfill dreams of exploring the world,’ said Patricia Espinosa at the event organised by the industry group World Travel and Tourism Council (WTTC). ‘As well, it has created jobs, most significantly in developing countries, offering people financial freedom. It is truly a global economic powerhouse.’

‘With this sort of success, why should you change what you have been doing? Frankly, because you have no choice. None of us does,’ said Espinosa.

‘The ravages of climate change will soon require all of us, government and corporations especially, to do things differently,’ she said, citing a recent open letter from heads of leading financial institutions: ‘If some companies and industries fail to adjust to this new world, they will fail to exist.’

In opening remarks at the event, WTTC president and CEO Gloria Guevara said the message is already clear to her organisation’s members, and climate and environment are ‘top priority’.

WTTC has set as an ambition for the sector to be climate neutral by 2050, in collaboration with UN Climate Change, and many companies are already showing leadership in reducing their climate impact: ‘In order for us to grow, the growth has to be good for everyone; it has to be sustainable,’ said Guevara.

The organisation last year signed up to the United Nations Climate Neutral Now initiative with a pledge to measure its greenhouse gas emissions, reduce what it can and offset the rest, whilst promoting the same climate-friendly regimen to its 150 members worldwide.

And in New York in September of this year, WTTC launched a Sustainability Action Plan, meant to help the industry deliver on its climate ambition.

‘We need to find a way to have climate-friendly travel [. . .] Saying simply “do not travel, it will help the environment” would be very irresponsible’ leading to increased poverty, increased unemployment and ultimately increased damage to the environment, said Guevara.

Click here to also learn more about the WTTC’s action on climate and environment.